I’m a big fan of low-cost mutual funds and the firms that peddle them. Firms like Vanguard have changed the game and helped people from all walks of life reach their financial goals more quickly and with less fine print. The virtues of this style of investing have been well documented and get rehashed by major news outlets at least once every year when there is a Boglehead Conference. I’m being kind of facetious–the investing philosophy pioneered by Vanguard is now practiced by everyone, from established giants like Fidelity to startups like Betterment.

I invest in many low-cost mutual funds from a few different providers. Consumers are benefitting greatly on the race to 0% fees for passively-managed funds. Recently, I’ve had some experiences that made me think about the other side of the equation. Specifically, when a company is surviving on razor-thin margins, what is being sacrificed?

The general consensus is that firms that have built their reputations on offering low-cost funds only sacrifice that which is totally unnecessary. Offices in a distant suburb of Philadelphia instead of NYC. Well-staffed HR and customer service departments replace swaggering salesmen. A few specialists instead of hoards of active managers. This is how certain firms have made their names, and consumers don’t care that they’re missing out on these things because they’ve subscribed to a new paradigm. I believe there is more to it.

My hypothesis is that the biggest weakness behind these well-respected titans of modern finance is that they are unable to make a significant investment into technology–be it infrastructure, employees, or long-term vision. I believe that the starting salaries are so low and the work so mundane that these firms simply cannot assemble high-achieving technology teams. As a result, these companies have had to commit to boring master plans and laughably-elongated product release cycles.

While AUM swells for the largest players, companies like Betterment and Weatlthfront (neither of which actually turns a profit) have been seizing a valuable opportunity that should have been a “duh” business extension for the originators. These startups are termed robo-advisors. They invest your money in a fully-automated way and, as they mature, have continued to add useful features like tax loss harvesting and the portfolio line of credit. It’s absurd that nobody saw this coming. Sure, a few banks and brokerage houses were able to copy the model, but the suppliers of some of the most-desireable, most-heavily-invested-in mutual funds have yet to make a move. It’s been ten years. Having been blindsided would be embarrassing to admit, but what these companies can hide from is that they were, and still are, unable to compete because of chronic underinvestment in technology.

When using some of the more obscure features on certain investment websites, it is easy to tell that nobody has touched the code in seven years. We’re talking horrendously bad web pages that could be designed better by high school students. Not saying that there’s anything wrong with going for function over design, but if these were the main pages for any financial business, people would be going elsewhere. If the same thing existed at Wealthfront, people would be writing articles about it. Having had to deal with one of these pages is what inspired this article. How could it be that bad, I thought. I’ve seen how many technology teams operate behind the scenes, and I suspect that the engineering culture at this particular place is rife with quagmires.

I don’t usually use Glassdoor reviews to enforce my points, but it’s worth looking at the employee reviews for any investment company that you give money to. Consider it a modern type of due diligence. In researching some companies, it’s easy to notice patterns where employees are complaining about the same things: low morale, boring work, clueless management, being lied to in the recruiting process. College students might be excited in thinking that they’re going to work in finance, when, in actuality, they end up underemployed and barely using what they learned in school at all.

There seems to be chronic underinvestment in employee retention across the board. What does that mean for the investor? It means that the company you invest with may have less experienced employees, less talented employees, and less job satisfaction than you would believe possible. There will be flaws in the service you receive and due to the lack of ability to plan and execute for the long term. It will take a Herculean effort for flaws to be fixed. It means that, while the fees are low and money continues to pump in, the ship might be sinking. 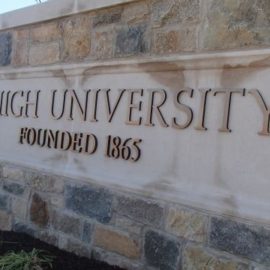 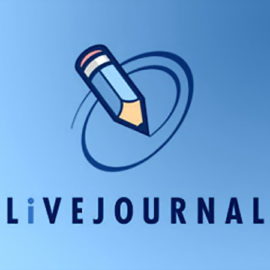