Last month, I wrote a review of Vinovest, a startup that is essentially a robo-advisor for fine wine investing. Really cool concept; excellent theoretical returns. If you’re as exposed to the S&P 500 as I am, any alternative investment like this can be a godsend. Also, who doesn’t like wine? It’s fun to tell people that I just picked up 3 bottles of Dom Perignon that I don’t plan on drinking.

Though my deep dive review required quite a bit of analysis, this isn’t an investment website that I regularly log in to. It’s a long-term thing. I’m not checking my gains on a daily, weekly, or, really, even monthly basis. I’m not following wine analysts or checking the harvest. I just check for my monthly deposit email and that’s it.

In late April 2021, a friend showed me a new website with the same branding and same pitch as Vinovest:

We’re growing desensitized to new investment opportunities these days, yet, any earlier in April, I could have been convinced that this was an April Fools joke. Not to say whiskey investing is a laughing matter, just that it seemed a bit silly to have a completely new site that is likely quite similar under the hood and behind the scenes. Let’s talk more about it.

The Vinovest team launched a new site called Whiskeyvest for investing in brown spirits: whiskey, bourbon, and the like (henceforth referred to as “whiskey”). If the demand and price appreciation are there for wine, it makes sense that there is money to be made while investing in whiskey. It’s a logical, albeit unexpected, extension.

As I discussed this new opportunity with friends, they were quick to point out some of the fundamental differences between whiskey and wine. The main point was that all investment-grade wine has a vintage year while virtually no whiskey we’ve encountered provides the year it was bottled. Why?

Wine gets most of its flavor from grapes which, unless otherwise stated, are all from the same harvest in the same vineyard. The initial aging process before the wine is bottled is important but may only last a few months. Whiskey uses a mash of grains which are usually nondescript and rarely fawned over. The majority of its flavor comes from the barrel aging process. It seems that the generally agreed-upon minimum time spent aging for desirable whiskey is 12 years.

Once you bottle whiskey, it stops aging. In fact, it’s much easier to store than wine since it isn’t particularly sensitive to temperature or humidity. Once you bottle wine, it continues improving with age provided you can store it properly.

Wine has an optimal drinking window during which you should probably drink the wine or who knows what will happen. I’d imagine this helps encourage liquidity. For liquor, there is no such window or expiration date.

Wine production is a mystical and fascinating process. You have the type of grapes, the variety of grapes, the region, the actual harvest, and probably a bunch of other things that I don’t know about. All of this ends with a product that we all know: a bottle of wine with a given vintage. As you come into contact with wine menus at restaurants or just the wine section of your local retailer, there is quite a bit of information. You have the producer, the region, the grapes, and the vintage all featured prominently.

At the basic consumer level, most people just need to choose “red or white” before fixating on price. This wine aisle ritual has little relevance to the world of wine investing.

There are other things that affect the price that you usually don’t have available. How many bottles were produced that year? What is this producer known for? What did the critics say? How is it aging and how is it expected to age? What other wineries are located in the same region, and what did they put out in the same year?

You end up with this informational overload that completely justifies how the wine industry is, well, the wine industry. It makes for great Netflix documentaries. At the confluence of these factors, you have investment-grade wine. It’s investment grade because there’s a limited quantity, a certain aspect of demand, and it is thought to improve with age.

We can all agree that each production run of wine is unique. You probably don’t need to be a sommelier to notice some difference between the 2008 Frank Family Cabernet Souvignon and the 2010 vintage (a high-production, top-shelf-liquor-store wine that my family loves).

On the other side of the coin, Macallan 12 Year Scotch Whiskey, another high-production, top-shelf-liquor-store product that my family loves, does not contain a vintage. Brown spirits generally provide an aging time, but not a vintage. This is because the grain harvest is considered inconsequential.

If you buy a bottle of Mac 12 today, in ten years that bottle might taste exactly the same as a bottle released in 2031. The value of your bottle will, of course, rise with price inflation in the top-shelf-liquor-store basket. You might gain some extra value if the production process changes or the bottle design changes. But it’s highly likely, and widely accepted, that all Mac 12 is fungible. New bottles and old bottles are going to be more-or-less the same. This is not the case with wine.

Whiskey, then, becomes investment grade when you are presented with unique production runs. Special editions, specific casks, insanely-long aging processes, and very limited supply. Whenever there is general consensus that the whiskey will not be reproduced, you’ve entered investment-grade territory!

What are some examples?

Let’s just check the picture provided on the landing page. First, we have Macallan 62. Limited release of 400, sold for $25,000. Available online for $140,000. Safe to say that this was a unique production run. Next you have the Karuizawa Vintage 30 Year Old Samurai Kabuki. 508 bottles. I don’t doubt that this has appreciated in price, either. Lagavulin 37 was a special release of 1868 bottles back in 2013. And so on and so on.

At the high end, you don’t need to convince me. But is the low-end whiskey market anywhere near as robust or accessible as fine wine?

My thought is, yes, there must be significantly less supply here. While a new wine can be ready to go in under two years, much of the desireable stuff coming from distilleries takes at least fifteen years? All I know now is that the Japanese Whiskey supply chain is so overwhelmed that the prices of Yamazaki 12 Year on Dekanta, one of the main importers, have more than doubled since I last bought a bottle for my father a few years ago. I doubt that we can even call that investment grade, because at some point in the future the supply should or at least, could, catch up.

Have I seen auctions where old-ass bottles are sold for a couple hundred bucks? Yes. There was just a massive estate auction at Sotheby’s about two months ago. The question is, what will the Vinovest minimum purchase price of (roughly) $500 actually get you? Wine sales are great because there’s going to be an optimal drinking window. For whiskey, hoarding is encouraged. Nobody needs it or truly has to worry about missing out. There are going to be other bottles out there being consumed very slowly, so the price appreciation is likely to be a bit different than wine’s.

How to Start Investing in Whiskey

You can sign up for the Whiskeyvest waitlist using this link. There’s no telling when they’ll do a full launch, what the integrations between Whiskeyvest and Vinovest might be, or how things might be different. All I know is that it’s a great idea that will likely attract quite a bit of alt investing money. The world of whiskey is arguably hotter than that of wine, so I have no doubt that the waitlist will continue to grow.

You Can Invest in Whiskey Now 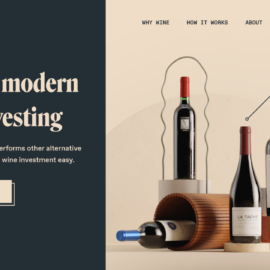 Vinovest Deep Dive: Is Investing in Wine Worth It? 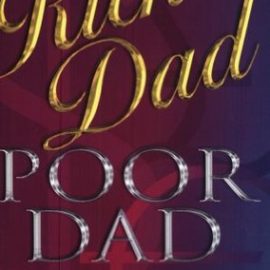