The premise of excellent ROI is what motivated many people to become involved with Helium. Most of this interest has been in hosting hotspots though, recently, staking $HNT in a validator has been popular. Currently, over 28% of the circulating supply is staked and there are more than 150,000 functioning hotspots! Though most often denominated in terms of $HNT, the value in USD generated per day in the Helium universe is over one million dollars.

There are 6 ways that $HNT is earned:

While 4 of the 6 methods mentioned above require having a hotspot online, once a host turns on a hotspot, the earnings can be, to a degree, random. Of course, one can still optimize location and whatnot, but there is no guarantee about how Data Credits (DCs) will be spent and how they may change rewards per epoch.

This is one of the overlooked and complicated aspects of Helium. Part 1 of this blog series will be dedicated to how Variable Rewards from HIP10 (implemented in late 2020) work.

What Exactly is “Variable”?

After the August 1st, 2021 reward halving, there are 2,500,000 tokens distributed per month. That includes a maximum of 812,500 (32.5%) related to Data Credit expenditure. In the early days of Helium, this would largely be proportional to the amount of DCs sent through each hotspot, meaning that it was possible to “game” the algorithm while DC usage was scant in order to obtain outsized HNT rewards.

In the variable reward setup, the behavior is different when the value, in HNT, of the DCs spent per epoch exceeds the number of HNT (812,500 * ~22 = $17,875,000). The current data credit transfer rate is quite a ways off from this, so everything still occurs in scenario 1 listed below.

The new scheme caps the premium rewards to each hotspot at 1:1 DC value (fixed to USD) to HNT (based on oracle price). So if the equivalent of 50 HNT (total) worth of data credit transfer was facilitated via all participating hotspots in a given month, they would split that amount as an extra incentive. As for the remaining rewards (812,500 – 50), they’d just be split between the rest of the hotspot pool. The effective “variable” rate post-halving would be something like .002%. In today’s environment, a typical hotspot host largely wouldn’t notice the difference. Yet, those facilitating transfer are still rewarded, and the system can scale well to the point that data transfer will be the primary way of earning on the network.

In the other scenario, which hasn’t occurred yet, if the value of the data credit transfer exceeded the value of 812,500 HNT, the full 32.5% of the rewards would be split proportionally amongst those who participated in data transfer.

Over the last month, roughly $2,500,000 worth of data credits has been spent. Granted, many of these are likely from hotspots asserting location, but the network is growing. It’s easy to understand how, in the old scheme, spending tens or hundreds of dollars on transfer credits (and then using them) could result in extremely large HNT rewards. Thankfully, that is no longer possible.

Variable data credit transfer is an interesting part of the Helium reward protocol that is often overlooked. Based on the numbers from this last month, the proportional rewards from data transfer are just over 1% of the epoch rewards. This will be capped at 32.5%, and as the usage of the network grows this will be one number everyone will be using as a measure of growth and use of the network. 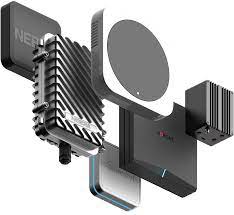 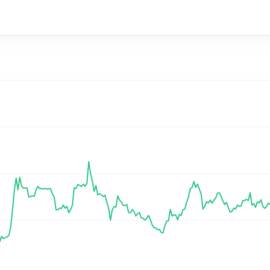