Down in Tallahassee on November 20th we had the men’s and women’s NCAA Division I Cross Country Championships. This was probably the most interesting iteration of this race because the last installment (officially deemed the 2020 Championship) was held in March 2021. Due to the bizarre circumstances surrounding the 2020/2021 season, no runners lost the year of eligibility.

In other words, this was a rematch. Some runners went pro, some elected to start life as working professionals, and of course, there was a new freshman class. Almost all the big names were still the big names; most of the teams on the podium in March were among the 31 that qualified this time around.

Covid has had an impact on many sports, though at this point I see it as largely semantic and political in nature–almost completely irrelevant to distance running. Aside from these championships occurring in the same calendar year, the other effect is that I’ve been hearing there have been fewer international recruits and overall fewer transfers between colleges. I haven’t run the numbers on this, but it makes sense. This definitely was not a year where schools loaded up on foreign runners. Regardless, we had two phenomenal races and I’m excited to share my thoughts.

The Nuance of These Races

First of all, shout out to ESPN for putting on what was one of the best televised non-track races I’ve ever seen. The commentary was great, the camerawork was great… man. It’s unfortunate how often this gets messed up. These were high octane races and the team at ESPN really did everyone justice. They amplified what was already bound to be a memorable day.

In the endless analysis and speculation that accompanies distance running, it’s easy to lose sight of how incredibly fast and talented the competitors are. We look at the results and see men and women finishing in the 100s “holding back” their teams. The reality is that the field is incredibly deep. The majority of these men will never hit the Olympic Trials Standard in the 5k or 10k but can and often do train themselves into the top tier of national road racing post-college.

The spread is also really tight. I’m not going to pretend that a 29:31 (men’s 40th) and 30:09.6 (men’s 100th) indicate the same ceiling of fitness. But, we’re talking about less than 4.0 seconds per kilometer pace. That’s like a 2:09 vs 2:11 in the marathon. By my way of looking at things, that is the difference between proper fueling, or proper sleep, or just proper race strategy. These races were exciting through most of the competitors crossing the line, and they should get credit for it. My 10k PR is like 39:00.

I’m not going to look at pre-season rankings, but earlier in the season the sentiment was that NC State had an incredibly deep elite team and would dethrone BYU. Alabama also had an outside shot with what was an extremely talented top 3(?) at the Spring race. As the season progressed, there were questions about the health of all three of those teams. New Mexico and Colorado (both perennial powers) emerged and actually came to outrank BYU in the coach’s poll. Meanwhile, Alabama never showed anything and might have even struggled to get out of a conference that wasn’t the SEC (seriously: what happened to Amaris Tyynismaa?).

By the week of the race, the projection was that we’d have the closest ever 4-way women’s race in history. A blowout was not in the cards. If a team had one single runner step up, they’d probably place 1-2 slots higher. If a team had 1-2 runners falter, they’d be off the podium.

When a race is supposed to be that close, you can provide all types of complex conditions and probably end up looking smart. For example, you could say that NC State’s entire top 5 was overall top-10 capable on the right day. Based on how they raced, that’s true. Aficionados were also saying things like BYU’s #2 Anna Camp could be top 5. On paper, a crazy prediction, but she ran the best race of arguably anybody in the field to finish 12th.

The race itself was dominated by BYU’s Whittni Orton. As the announcers kept reminding us, the real battle was between everyone’s 4th, 5th, and 6th runners. The challenge in this race is that you have to:

This is impossible to solve in a way that will accommodate every runner’s level of fitness and race comfort. If you get out with the front pack you’ll risk blowing up before the finish. If you get out too slowly you simply won’t be able to reel in everyone even if you’re running the race of your life (Anna Camp) and you’ll have to run a bunch of extra distance to pass globs of runners as you accelerate. Add another variable. If your teammate is running next to you and you’re in 20th, there’s something psychological that will implore you to stick with him or her (more on that later).

A margin of victory of 38 points is huge at this level of competitiveness. At 3k I didn’t want to give it to NC State, but by 4k I understood it was inevitable (60+ point margin). Upon reflecting, all we can really do is ask which athletes had an outlier race and what would have happened if the 5th runner died and was replaced by the 6th.

Makes for a fascinating scenario in isolation. NC State drops to 3rd if they have to rely on their 6th, BYU is off the podium entirely, New Mexico wins if everyone loses their 5th, Colorado gains only 6 points and dominates through 7.

Every team had its strengths and each one of these squads absolutely deserved to be here. While BYU is certain to enter a rebuilding phase, how do we grade the field objectively? Based on performance relative to recruiting classes, BYU is the clear winner. Something like 90% of their women’s roster contains students from Utah. They don’t chase down big names. They just have homegrown talent, a college environment conducive to distance running, and a wonderful coach in Diljeet Taylor. Meanwhile, NC State is considered a superteam with a lot of extremely fast HS performers committing. When you peel back the layers of the performance, they ultimately relied on a transfer student to seal the deal.

The men’s race had many more surprises. Conner Mantz dismantled the field and employed one of the most confident finishing kicks I’ve ever seen in cross country. It might have been the camera angle, but, man, you could loop this and place it in a hall of fame somewhere.

The odds on Athanas Kioko had solid value over some of the other blue-chip prospects. Other than that it was no surprise to also see Wiptoo in the chase pack.

The big story here was in the team race. NAU ran a pretty good race but like NC State in the women’s race, they relied on a transfer student to win the race. Both their 6th and 7th runners were well off the pace with there not being real improvement among their top runners. They ran a much more aggressive race this year whereas last year they ran as a pack and emerged late into what probably will be heralded as the most absurd top 4 spread ever.

Notre Dame, again following last year’s performance, was thought to be the most likely challenger for the crown. To be honest, they spent too much time thinking about the race. Nerves got the better of them, the race plan was godawful. The ironic part is that they could have been on the podium again if they attempted to run like last year. Instead, they were 9th with positive splits that even I want to erase from my memory. I can’t imagine being Notre Dame’s Dylan Jacobs and feeling the triumph of ducking Nico Young at the line not knowing the carnage that had befallen his team.

Even though ND pussyfooted around the entire season, I was pulling for them. Many people were pulling for them to upset NAU. The coach’s race plan here was outrageous. Watch the race video. The leaders go through the 200m in 24s. Then the camera pans to ND’s entire team who clear 400m in 55s. The plan must have been: get into the top 30 and don’t leave the top 30 until you start to bonk. Well, 5 guys died. Three of those guys were returning All Americans. Cumulatively, this was probably the worst team blow-up (in terms of places lost) of all time across any championship-level race.

In second place, Iowa State had a strong showing. Even with a top-5 guarantee of Wesley Kiptoo and two other strong Kenyans, two native Iowans stepped up in a big way filling in spots 2 and 3 for the team. Pollard was 21st and freshman Gable Sieperda, who I hadn’t even heard of until I checked these results, was 41st.

There was an absurd prediction from Gordon over at FloTrack. He said that Oklahoma State was going to topple NAU. This is a really solid team (through the 6th man) led by Isai Rodriguez. A great day for Isai would have been top 5. Looked like he took a breather between 5k and 6k and never got back into it, finishing 22nd which I’d imagine was really disappointing for him. The other disappointment from that team was Alex Maier, who ran a brave race. All American through 3k but finished more than 100 places further back. This team could be a threat next year but there was no way they were taking down NAU.

Arkansas had another surprising podium finish aided by a Kenyan top 4. Credit where it is due, they all ran smart races. Cheboson’s move from 41st at 1170m to 3rd (front of the front) at 2k was really impressive and set him up for an excellent finish. Loading a roster with Kenyans is legal but of course, the performances always have an asterisk. The truth is that any school with the funding, support system, and administrative buy-in could pretty much do the same thing. With the athletes themselves, it’s fair game aside from the fact that we still apparently don’t have a way to do biological age verification? Weird.

BYU is another team worth talking about. Though they finished quite a way’s back in the team standings, they had the most dominant top two in Mantz and Clinger. Troutner had a major blowup. Garnica, based on his track performances, seemed a little off. You can’t ask for two guys to dramatically change their performances and run the simulation again. This is what we ended up with. BYU is a juggernaut. They will be in contention next year even without Mantz.

We can talk about performances on a half dozen other teams but Harvard had the most unexpected jump with three All Americans. Nice race!

Phenomenal season for both the men and women, looking forward to track. Thanks for reading. 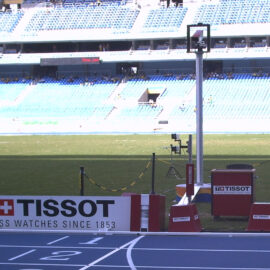 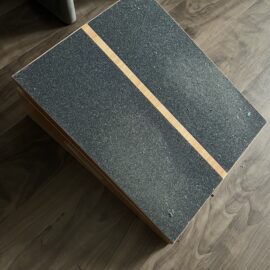 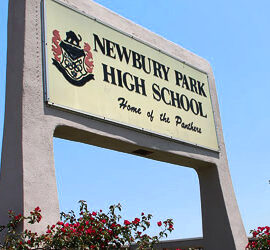