The marquee challenge within the virtual cycling game Zwift is the Alpe du Zwift. The climb features 22 hairpin turns and is inspired by the Alp d’Huez of Tour de France iconography. In Zwift, the popular segment spans 12.24km and includes 1000m of elevation gain. This is extremely close to the real-life route, with some sources claiming that the Zwift level designers achieved a perfect level of accuracy in terms of gradient, distance, and even scenery!

Hundreds of users attempt to ascend the Alpe, or AdZ, every day. It’s a commitment. To not reach the top and miss the opportunity to earn a unique piece of gear when passing under the KOM banner is to fail. Most people take it very seriously and allocate time and preparation work accordingly. It’s the route in Watopia that is used to compare relative fitness by way of finishing time. Finishing in under 60 minutes (roughly 3.2kw/h average power) is considered quite good, finishing under 50 minutes is excellent. After three months of Zwifting, I did dip under 50 minutes, and it was a top-ten athletic performance of my life.

We’ve established that AdZ is a monstrous bike ride. Most people will spend more than 60 minutes ascending the route, and for me, even though I’ve “conquered” it, it’s still a special occasion type of thing. I take it very seriously.

The newcomer might be surprised, then, to learn that Zwift doesn’t give you the option to simply start at the bottom of the harrowing climb.

The fastest official way to begin the climb, is to select the route Road to Sky. It’s even billed as “The shortest route to the longest climb.” This route tacks on a bit over 5km as a lead-in to the route. Though the lead-in is net downhill, you still have to ride, and most of it is over a dirt surface. In Zwift, dirt surfaces present more rolling resistance. This lead-in will probably take the average rider about 20 minutes to complete.

Why effectively mandate a warmup for the most difficult, time-consuming segment in the game? I truly do not know. Most Zwift routes have lead-ins. These were a source of frustrating when I first started riding on Zwift in 2020, because the officially listed distances in the app didn’t include the lead-in. So you might have had a 10-mile loop with a hidden 4 mile lead-in. The only way to discover this was to research the route on a 3rd-party website. When you’re on a very specific time budget, this can be frustrating, meaning there were many times where I had to choose between being late for something or stopping my pursuit of a route badge.

This feature was finally added in mid-2021.

There is no technical limitation for why there’s such a long lead-in for certain routes. Someone just chose an arbitrary location and decided, here ya go, hope you like the extra distance. For AdZ, this is frustrating.

What makes the AdZ lead-in even more annoying, is that whenever you try to discuss it in an open forum, you get piled on by people asserting that the lead-in is a “good warm-up.” Or, that you’re lazy for not wanting to just hop on a specific segment with the limited time available to you. Especially amongst middle-aged riders (whether this is the main demographic with this opinion, or just the main demographic posting on Zwift Facebook groups, I don’t know), this seems to be the dominant stance. Whether I want to warm up or not shouldn’t bother other people. When I sit down on my bike for a serious effort, I have my apartment nearing 50 degrees, fueling lined up and tank topped off, playlist ready to go, I don’t want to waste the first 15 minutes and then have to take another bathroom break. I want to ride.

Thankfully, there is a way to skip the lead-in.

The Old Way to Shorten the Lead-in

There has always been demand for shortening the lead-in. You don’t have to be an incredibly serious or incredibly fast rider. It just makes sense to want to eliminate as much of the uninteresting part of the ride as possible.

The old way to shorten the extra distance was to select the Jungle Circuit route instead of Road to Sky. It started about two kilometers closer to the turn to begin AdZ. All you’d have to do was manually take the right turn through the AdZ gate (which is locked until you’re level 8).

Thankfully, the Zwift team realized how silly this was and shortened the lead-in of Road to Sky to match Jungle Circuit.

How to Skip the Lead-in

The abstract behind skipping the lead-in (which is a word I’m getting tired of typing) is simple to understand though implementing it can be more frustrating than just riding from the start.

This strategy takes advantage of the fact that AdZ is a constant uphill ride and that Zwift allows you to drop in and follow other cyclists while they’re mid ride. To skip the lead-in, you first select the Road to Sky route but remain on the main page/lobby. There is a list of riders currently riding in Watopia and you can join any one of them. However, the Zwift app won’t tell you what route they’re on. What do we do?

Zwift will show how far into the ride someone is. You want to join someone who is between 5.2km and roughly 17.0km on their ride. This is the AdZ segment within Road to Sky. If someone is 40km into their ride, they probably aren’t on Road to Sky, unless they’re lapping it or added on a bunch prior.

Joining someone within the first 5km of this route won’t provide much of an advantage to you, since you’ll still have to pedal to the start. It’ll also be much harder to identify what route the Zwifter is on. Though finding someone who has completed their ascent is more useful, there are a couple hundred meters of flat up there, and the full descent still takes time, in the vicinity of ten minutes.

The main indicator that someone might be on Road to Sky is their average speed. If it’s slow, like 10km/h – 15km/h, that person is likely scaling a mountain. If the average speed is roughly triple that and the distance is between 17km and 29km, you might be able to catch someone on their ride down. The ride down is preferable, actually, since you won’t have to turn around (you won’t have to use your bike at all), but the window for catching someone is much shorter. Plenty of riders never actually make it to the top, and the downhill speed even without pedaling is massive, so you’d probably need 8 or 9 people descending for each person attempting the ascent to reach the same probability of finding one. My point is that, during certain times, it is possible that you will not be able to find someone descending AdZ, especially subject to the logic behind how Zwift displays users in the lobby screen.

This might take some scrolling and a few false positives (people could be climbing other steep mountains, people could just be very slow riders), but it’s relatively easy to drop in and then end your rides if you find someone on the wrong route. No penalty to you. Once you find someone ascending AdZ, then it’s time to complete the shortcut.

You then will have to physically use your bike to get some speed and pull a u-turn. You have to be riding at at least 5km/h to u-turn. This does require some effort since you’ll be on an uphill, hopefully not too steep of a hill. Once you turn around, you guarantee that you will end up at the bottom of the route after your avatar speeds down the mountain. This isn’t instantaneous and gives you time to complete your prep. On average it’ll take about 5 minutes to reach the bottom.

Once you are at the bottom (whether still moving or having come to a halt just before the gate), it’s time to pull another turn and begin your trek. This time, you just have a few hundred meters before the segment begins. Happy riding!

Other Benefits of the AdZ Shortcut

In addition to saving time, there are two other benefits to using this shortcut. The first is that, even if you aren’t pedaling, you will get between 0 and 12.44 km worth of experience points simply for your bike coasting down the hill. The other is that you can get a power-up, which you can then use early in your ascent. I should know where exactly this power up can be obtained, but I actually don’t know whether it is random or at a set location. All I know is that I got one the last time I used the shortcut.

The solution works quite well for me. For some reason, it confounds leagues of riders. Why would you skip the lead-in? Well, because I signed up for AdZ, not for a 5km trek on a dirt road through the jungle, among many other reasons detailed above. The real solution is for Zwift to make the AdZ lead-in optional. Thanks for reading, let me know if you have any other ideas. 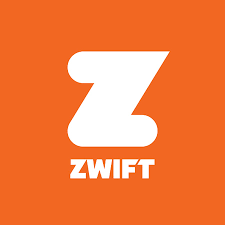 How to Use Zwift with a Keiser M3/M3i Bike (KeiZwift)