Michael Lewis is a prolific non-fiction author. With fifteen books to his name, and another (that appears to be a mass-market stupefaction of 2011’s Thinking Fast and Slow) just announced, he’s been at the forefront of compelling stories in finance, technology, and sport for more than two decades. The uninitiated will know him as the scribe behind the movies Moneyball, The Blindside, and, most recently, The Big Short. Those working in finance will remember his first work, Liar’s Poker, as the book that one kid in your training class wouldn’t shut up about.

You may be wondering if it’s worth putting on your scuba gear and diving into the lagoon that is Lewis’ complete bibliography. Having read every one of his books, my short answer: don’t go too deep. He’s a fantastic writer but the tide of mainstream appeal doesn’t swell much further than the stories that made it to the silver screen. The long answer is, well, the remainder of this post.

Liar’s Poker: Rising Through the Wreckage on Wall Street (1989)

Quite possibly the best Wall Street non-fiction book ever written. On my list, it’s an indisputable top 5 pick. It succinctly summarizes the climate of the 80’s and Lewis’ hunger as a then-unknown writer pairs well with the then-unchecked greed of Salomon Brothers. As for the narrative itself, it tends toward grandiose and probably isn’t even the best business story of 1989. Aside from Lew Ranieri, the genius of many of the characters is exaggerated. Many were just in the right place at the right time. The glorification of company culture is pronounced, enduring, but one has to wonder if Salomon was really that unique. Lewis’ approach to storytelling is wonderful but in retrospect I question his innocent “just along for the ride” demeanor- he wears the same hat in nearly every other one of his books, and it reflects poorly on the one story in which it actually matters.

Barbarians at the Gate takes top honors for the best business story of 1989, though it’s seldom compared to Liar’s Poker since it’s four times as long.

Lewis’ shortest book is also one of his worst. Riding his newfound success from Liar’s Poker, he finagled a voyage to Japan at the zenith of Japanese society. The result is a sparse few entertaining anecdotes packed into an extended magazine article. I picked up Pacific Rift when studying Japanese culture in college, and it was by far the most useless of all that I read. You can force yourself to like it but the engulfing charm of Liar’s Poker never takes hold and it lacks cohesion.

This is a collection of Lewis’ previously published essays from the 1980’s. It provides a useful glimpse into the time period but will be forgotten. The Money Culture inspires boredom and suffers from tinges of redundancy. Of all his books, it’s the one that shouldn’t have been published. The fact that it was re-released in 2011 as if bearing any similarity to Lewis’ modern works was a shameful money grab (probably to test the waters before submitting the final draft of Boomerang). Historical reference only.

The book is virtually unknown. So much so that I’m not sure anyone aside from Michael Lewis and his publisher can confirm that Trail Fever and Losers are the same book. I haven’t read it, but if you’re crazy about Michael Lewis and fancy reading about politics during a presidential election year, you don’t have much of a choice to make.

A now-super-dated story of Lewis’ following around of Netscape founder Jim Clark. You probably haven’t heard of Jim Clark, popular culture having forgotten all dot-com founding fathers aside from Sean Parker. The excess and larger-than-life personalities of Liar’s Poker are present and the result is a semi-convincing return to form as far as writing style is concerned. However, it’s the worst of Michael Lewis’ in-depth books and needs to be read before any of the others (Liar’s Poker, Moneyball, The Big Short, The Blind Side, The Big Short, Flash Boys). Otherwise, you’ll find it cruelly disappointing. The central points of the story don’t converge in any satisfactory way.

What I’d like to imagine happened here is that Mike got about two thirds of the way done with writing The New New Thing, realized that it wasn’t going to be the smash hit he imagined, and re-focused his energy into producing wittier, shorter blurbs on the wizards of the web. The book isn’t much fun to read fifteen years later (though, be advised, my bar for “fun to read” and “Michael Lewis” is set high), but there are some prescient predictions made. This book would have been brutal to revisit in the mid-2000s, but now it is approachable for historical value, aside from Lewis’ attempt to introduce “[the] money culture” into mainstream lexicon, which will always make me vomit in my mouth.

Moneyball: The Art of Winning an Unfair Game (2003)

When I picked up this book, I knew nothing about baseball. When I finished reading it, I knew a lot about eccentric parts of baseball which didn’t make me any more pleasant to converse with at parties. To this day, I have absolutely no interest in following the sport, but, for the brief time during which my copy of Moneyball was my one and only, I might have been one of the biggest baseball fans in the world.

In Moneyball, Michael Lewis returns to his old form and hits it out of the park. With this book, he established himself as a multi-faceted writer after over a decade of producing nothing remotely close to Liar’s Poker. This isn’t to say that Michael Lewis was a bad writer at any point, but that feeling you get when reading his first book is first matched here. Sure, he paints every character as larger than life, but you can’t blame him for sticking to his guns.

Good, compelling, almost shorter than Pacific Rift, but much more memorable. Read it on your lunch break.

This is a story that was meant to be told. However, one can’t help but feel burdened by the lingering ethical questions. As much as The Blind Side is a feel-good book, I wonder if the heroes of the story really should have been the focal point. There were a lot of opportunities to explore exciting themes that were ignored and replaced by football facts. Overall, it’s a great book and, regarding the topics I’m alluding to, there’s no pleasing everybody. I’ve never seen the movie.

The Real Price of Everything: Rediscovering the Six Classics of Economics (2008)

Ownership of this book is a test of physical strength. Readership is a test of discipline. It’s about 1500 pages. Here, Lewis pastes his commentary over some classics from the eighteenth, nineteenth, and twentieth centuries. I own it, but haven’t read it. It’s a reference book. And my life isn’t nearly that boring yet.

I remember bringing this book on a bus ride to Killington, Vermont. I remember the high school kids on the bus asking me what I was reading and following up by asking why in the world I was reading a book on a ski trip. I remember being unsure whether I was considered a chaperone or a kid on that trip. The kids’ line of questioning turned out to be warranted as it’s another essay collection, this time not even composed of Lewis’ own writing. I’ll echo my original review: it’s best treated as a supplement to Lewis’ other works. The articles cover a lot of ground, quite thoroughly at that, but I found the book hard to pick up and easy to put down (especially with Air Bud playing on the bus’ entertainment system).

I will read this when I become a father. Perhaps it will be gifted to me. Until then, I don’t think I’ll be able to relate. When you consider that the title (coupled with the name of who wrote it) incurs a massive amount of self-selection bias, the book has been received rather poorly.

The Big Short: Inside the Doomsday Machine (2010)

Lewis is able to break down complicated topics and articulate what led to the Great Recession while keeping just about everybody entertained. This story follows three guys who each separately predict the collapse and are told they’re crazy until they turn out to be right. It’s fabulous, though critics may argue that the pace is slow since you’re essentially reading the same story three times from three different points of view. From an academic perspective, Lewis’ analysis is misguided at times, but the result is an accessible and informative book. The movie was brilliant but leaves out some of the finer points that, in my opinion, make Michael Burry the most compelling person Michael Lewis has ever chronicled.

At roughly the same length, Uncontrolled Risk is a more academic, Lehman-Brothers-centric tale that I highly recommend.

When I first reviewed this book over two years ago, I noted that it wasn’t “nearly as gripping as Liar’s Poker.” Well, no shit. Since that day, I’ve gone through all of Lewis’ books, and I’ve discovered many more of his one-off essay collections typically displayed in airport bookstores in order to fool mainstream business people. Boomerang combines the good, bad, and ugly from The Big Short and Next. The result is five essays on distinct topics all relating to the Great Recession. The storytelling in this book is so overwhelmingly well done that I can still recall entire passages. Whether critics want to admit it or not, this is the epitome of Michael Lewis and his only essay collection worth rereading. Make sure to check out The Big Short first.

A fantastic book if you’re purely seeking entertainment. Especially if you’re technically inclined. As you look into the picture that is painted here and take time to consider the facts, you will understand why people are offended that Michael Lewis even considered writing this book. Flash Boys really isn’t about good versus evil, it’s a contrived narrative where Lewis is trying to sway public opinion.

Disagree with my assessment? Think I missed something? Let me know what you think about Lewis’ works below. 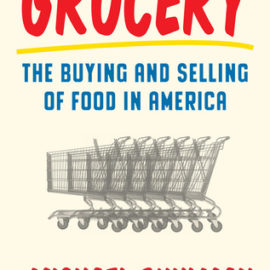 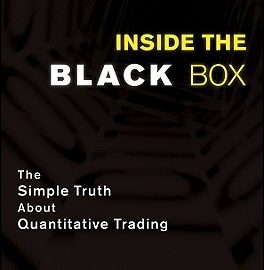 Inside the Black Box Review