I’ve regularly proclaimed Diablo 2 as the greatest video game of all time. Jason Schreier’s Blood, Sweat, and Pixels (my review here), which devotes one section to the disaster that was Diablo 3, revels in the brilliance of Diablo 2, but plainly states that its mechanics have been outclassed by newer games (though, hilariously, not necessarily Diablo 3). Call me old fashioned (or just ignorant), but when I read that statement I had no idea what newer games he was talking about. Although, it does seem plausible that in the 17 years since Diablo 2 was released, a more perfect game was brought to market.

I started playing Diablo 2 (with the Lord of Destruction expansion pack, which was released when I was seven) when I received the Diablo Battle Chest for Christmas in 7th grade. This set included the disks for Diablo, Diablo 2, and The Lord of Destruction Expansion, a strategy guide, and other miscellanies. The concept of buying a box filled with CDs sounds strange to me even now. By all accounts, I was late to the party, but there were still tens of thousands of people playing. I had a blast on Battle.net for many years.

Anyway, after reading Jason Schreier’s book I was sitting on my couch and started to think that maybe my opinion of Diablo 2 was too heavily swayed by nostalgia. The whole waking up on a Saturday morning, firing up the Windows XP desktop, and not feeling like an unaccomplished bozo after playing video games for 12 hours type nostalgia. There’s no doubting that it was a classic title, but were my fond memories of gameplay obstructing my objectivity? Was there a way I could prove or disprove the greatness of Diablo 2 and put the matter to rest?

After a cursory Google search for “Was Diablo 2 Good?”, I came upon just what I was looking for. A guy wrote what amounts to a lengthy research paper on why Diablo 2 was such a seminal release. It’s called Reverse Design: Diablo 2, and it was published in September 2017. Go figure.

The book suggests several reasons for why the game has had so much staying power. They are:

1. A unique blend of most successful elements from different genres of games
2. “The tension between randomness and familiarity”
3. Terminal Acceleration (or, a fantastical endgame)

As someone who has played the game for more than 1000 hours (which makes me a casual player, still), these conclusions are intuitive. However, it’s hard not to appreciate a solid thesis written about a solid video game. It helps facilitate more serious discussion beyond the range of a typical video game review.

Diablo 2 is officially classified as an Action Role Playing Hack & Slash game. Do you think you can guess which three genres it combined? Sure, the original Diablo was similar in spirit, but Diablo 2 intertwined the genres more completely. Technological advances between the release of the two games allowed for the expansion of the ‘role playing’ element which made the game so deep and enjoyable. It’s difficult to compare Diablo 2 to other games on this point because it was a seminal game. Now, most games must implement RPG elements (by this I mean the concept of character development, problem resolution, and storyline) because otherwise they’d lack playability relative to their peers. Not to say that genres have converged to the point of being indistinguishable, but combining genres in the way that Diablo did is no longer possible.

The game had a brilliant combination of randomness and familiarity. The author points out that nothing was truly random, but rather there were set ranges and patterns. Well, duh. Even Minecraft isn’t “random” in the purest sense of the word. How Diablo 2 succeeded–beyond the creator’s wildest dreams–is the loot system. Even when you start finding “unique” items late in the game, many of the stats will vary within certain bounds. This wasn’t totally novel, but it was implemented with a mastery that nobody has since questioned. The game Borderlands had a crazy loot system that, enabled by modern processing power, generated over seventeen million unique weapons. But there’s no charm in that. There’s no chance, even through extensive trading, that you’ll be able to build anything resembling a complete arsenal. Chasing those perfect (“perf”) items in Diablo 2, though, was a pursuit that enveloped many of my Saturday mornings. There was plenty of gear, but through enough playtime, encyclopedic knowledge was attainable.

Diablo 2 is remembered so favorably because it lacks the soul-enveloping addictiveness of MMORPG games. Not only was it easier to pick up (and put down)–less people associate it with causing their teenage years to become a black hole. That said, Diablo 2 was very much the proving ground for Blizzard’s signature terminal velocity. Reverse Design explains it something like this: the leveling systems in RPG games most directly correlate with the reward systems internal to our brains. In my experience, this is true. The difficulty of (the most popular) games typically doesn’t scale linearly, but actually progresses gradually. This is deliberate, almost in a sinister way. The games, for lack of a better phrase, suck you in and condition your mind to crave more and more in-game progress in order to get that same hit of dopamine.

Then, the difficulty of attaining mastery of the endgame scales up by something like an order of magnitude. You’ll start considering sacrificing things like taking care of yourself in order to pursue that next level, provided the game is carefully engineered. Too hard, and nobody wants to play. Lacking an exciting endgame, and nobody cares how much time they’ve invested. They will stop playing.

Diablo 2 had two main components to its endgame. Each contributed to make it, without question, endlessly replayable. The first, and interestingly, something that a lot of players didn’t care much about, is the ladder. The ladder was a high score table that listed the highest leveled players. The first few to reach level 99 would be immortalized. Each season, the ladder would reset and then everyone would create a new character and race to the top.

The ladder resets roughly every six months. Even to this day. But for myself and others in the “late adopters” stage of Diablo 2, the ladder wasn’t seen as a particularly big deal. People were totally content with playing non-ladder while accumulating godly (this means good) gear and developing ridiculously powerful character builds. Aside from the most hardcore players, nobody seemed to care about who was actually at the top of the ladder, rather that it provided an opportunity for everyone to start from square one.

The main component of the endgame, the terminal velocity part, occurred in several pieces. The first is the game’s splitting into three difficulty modes: Normal, Nightmare, and Hell. Each time you beat the game, you’d restart in Act I on the harder difficulty mode. This was a popular (and, if we’re being honest, cheap) endgame scheme through the naughts. There was another important part to this.

The game was played in instances–if you’re not aware–each dungeon run leading to a boss battle could be redone by just starting a new game and waiting for up to seven other players to join. So once you “beat hell” (with a lot of help), you’d only be level 70ish with terrible gear. Then you would participate in Diablo (Act IV boss) and Baal (Act V boss) runs endlessly. If it sounds like a grind, it certainly didn’t feel like one. This is because during each of these runs there was a real chance at getting the rare gear you needed to make your character more complete.

Once your character built up a sleek set of gear and great skills, you could then depend less on others helping you with boss runs and start doing your own “magic find” runs with the goal of finding rare items and runes. Some of these items could then be used to trade for even better gear. You can then keep doing whatever runs you want while building up your stash. Leveling slows greatly in the mid-nineties. You get a bit tired of it. Suddenly you’ve spent three months of your life regularly playing Diablo 2.

Then you start a new character and give him or her a massive head start with all the gear you’ve accumulated. Eventually, you’ve built a godly character of every build and you’ve mastered the game. Why not try out hardcore mode where your character becomes unplayable after dying once?

Diablo 2 is one of the most significant games of all time. However, the year the original game was released was also the year that saw The Sims, Counter-Strike, and The Legend of Zelda: Majora’s Mask. Where does it rank? I have no idea. I’m at a time in my life where I feel compelled to take more intellectual, if not academic, approaches to writing about video games and Diablo 2 is one I will never forget.

(And I’m patiently waiting for a remaster)

Edit many years later: Diablo 2 Resurrected has been officially announced!

Was Diablo 2 The Best Game Ever? 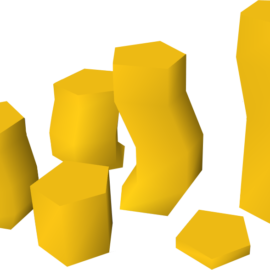 Trading Strategies in Runescape in 2007 Part 1 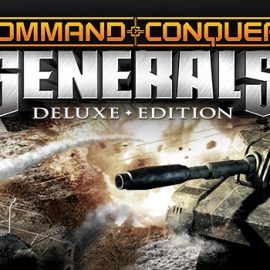