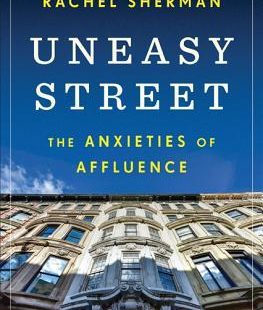 By the time I finished reading the first page, I was overcome with the feeling that something was missing. Oh, right, it’s that my expectations have been warped by the way we discuss the rich in popular culture. Rachel Sherman didn’t write this book with the purpose of making fun of the upper class. It isn’t a parody. Though at times it certainly reads like one, and I can’t help but feel that it’s because we’ve been conditioned to expect it and accept it.

If the last few years in America have taught us anything, it’s that the rich are scapegoats. We can blame them for anything. And it’s totally PC! Their problems don’t matter because they’re rich person problems. Remember, it was okay to poke fun at the “trust fund kids” who ended up stranded on an island without food and medical care at the disaster that was the Fyre Festival. While certain publications I subscribe to sufficiently cover topics that the rich care about, they rarely go deeper than the standards- taxes, business, real estate, and hobbies that are low hanging fruit for bad jokes.

When I saw this book mentioned in a Bloomberg article, I started thinking. You know, for all of the ways the rich are portrayed, I can’t recall anybody making an effort to study what their lives are actually like. It’s most effectively communicated by a book like this, because any visual media form will immediately cause the underlying research to be overwhelmed by, well, visuals. Focusing entirely on the rich aspect of the rich and famous goes a long way in promoting objectivity as well. In other words, this is as good as we’re ever going to get.

So, not surprisingly, it turns out that the author had a really hard time finding rich people who wanted to talk about their finances. In fact, what I gathered from the end was that she initially told a lie regarding what the main topic of the interviews was (hint: it wasn’t actually home renovations, but great cover story!). She nearly exclusively interviewed housewives. They ranged from former investment bankers, to inheritors of eight-figure fortunes, to relatively ordinary people (with rich husbands), all with the commonality of being wealthy and having recently completed or currently undergoing home renovations. Some had no idea about their finances, while others materially lied about their home values to make themselves seem poorer.

You may expect that the book consists of rich people complaining about problems that are mostly just problems relative to other rich people. Your expectations wouldn’t be entirely wrong. The one indisputable issue that rich people have that others don’t is how to raise a child who doesn’t grow up to be an entitled stereotype. Some think that setting up a trust fund that doesn’t start paying out until the child’s late twenties is part of the solution, while others remarked how they made a big deal of it whenever they flew business class so their kids didn’t start taking it for granted. Others bemoaned the fact that there were too many bad examples of flagrant entitlement in the private schools they sent their children to. None mentioned the effectiveness of the parent being a strong role model in a child’s life. (reviewer’s note: having come across my fair share of these children, I subscribe to the belief that it becomes significantly harder to raise a child who is 1. Hungry and 2. Not emotionally defective once a family exceeds the upper-middle-class bracket. All bets are off if inherited money plays any significant role in this.)

A constant theme in the book is the lengths the rich go to to make themselves seem not rich. But, really, after a while, many of the ‘anxieties’ aside from child rearing and dynamics of power in married couples seem contrived. Much of it sounds good on paper (and, yeah, Rachel Sherman can write), but I fear that the author was treated primarily as a therapist. These rich people said things that made themselves feel good in a confessional setting. While they certainly spoke to some deeply-rooted insecurities, I don’t believe that their decision-making processes are anywhere near as heavily influenced by the beliefs that were shared with the author.

Also, while those with high seven-figure net worths deserve criticism for claiming not to be rich, I’m not sure a couple pulling $250k in Manhattan is bound to be suffering from anything other than a serious case of keeping up with the Joneses (and paying a mortgage they can barely afford). The wide variety of financial situations is appropriate, but it all boils down to how interesting each subject is. Is s/he delusional? Believable? Willing to open up and go on a diatribe? On average, how many times is the word ‘like’ used in each sentence? Does s/he come off as entitled while musing about entitlement?
All food for thought, though, in a big picture sense, Uneasy Street left me quite hungry. The author did everything she could but was struck driving the bus for too long while the self-righteous subjects fumbled nearly every question.

View this review and others on Goodreads.com 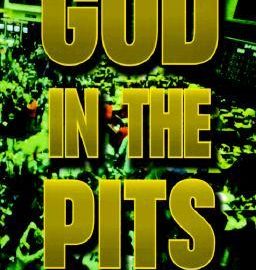 God in the Pits Review 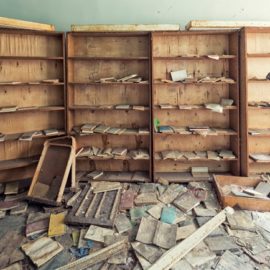 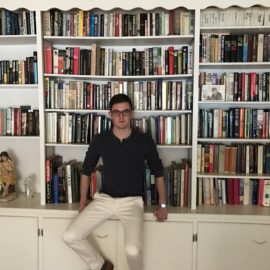