If you spend enough time on the internet and enough time pondering ways to make money, you’ll become aware of freelancing. More specifically elancing, though I’ll use the terms interchangeably. Elancing is the practice of performing freelance work that is usually both sourced and provided over the internet. This means that the job must involve digital medium and be completely remote. The most popular mediums include content writing, digital design, and software development. Even upstart businesses tend to need services in each of these three disciplines, so there’s a lot of demand. At least that’s what we’re told.

Freelancing has been long heralded as a way to make a unique life for yourself while utilizing your most valuable skills. Since the work is remote, there’s this oft-mentioned fantasy of living on a beach in Thailand where the cost of living is low and your remote work earns you a kingly American paycheck. There’s the idea that you can go home after your 9-5 and earn meaningful cash on the side. I’m here to say that the reality behind freelancing is actually quite bleak.

So, you head to a website like Upwork, create your profile, select your niche, set your rates, and start getting that bread, right? The realists might suspect that in a worst case scenario they’ll just have to drop their rates. Maybe you’ll have to deal with unreasonable employers from time to time. Maybe you’ll have to spend a few months toiling before you have the feedback required to get selected for the best roles. Here’s a true story: I have a B.S. in Computer Science, have received job offers from elite companies, and my application to Upwork was rejected.

Whoever is out there touting the benefits of freelance work is partially correct. There is sufficient demand, the work offers much more freedom than a nine to five job, and it can pay the bills. When it comes to programming gigs, which are among the most lucrative, it seems like a match made in heaven. That is, until you realize that you’re competing with people from Eastern Europe, Asia, Africa, and all sorts of places where the cost of living isn’t as high as where you live. For many jobs, the hourly rate will be well below what a decent software developer would expect to earn in the United States. It doesn’t matter that the individual you are competing with doesn’t speak English well or have a college degree. Being able to work cheaply and produce decent results is all that matters. Self-taught programmers from the third world will happily bid down rates as remote work provides them with the opportunity to make a great living.

There is a difference between good, great, and elite programmers. If you’re elite, you’re best off organically building a professional network that will provide you with remote work. Glorified job boards often contain opportunities toward the bottom of the barrel, so the difference between great and elite programming skills won’t necessarily be celebrated. More importantly, it will be difficult for your employer to differentiate between work that is high quality and work that gets the job done but will require hiring more freelancers in a couple months.

In my opinion, those who have college degrees and speak English natively may have more of a clear advantage when it comes to content writing than engineering. In this space, the difference between good, great, and elite is easily discernable by an employer, even one who doesn’t speak English particularly well. Still, you’ll find that most of those looking for ‘content’ are actually looking for something to fill up the page and hit certain keywords. There are operations you can find in the shadier parts of the internet where you can get something resembling coherent English for just pennies per word. However, some employers do have high content standards, and, if you’re a machine, it’s possible, but not easy, to make a livable wage.

Freelancing is overhyped and dramatically oversupplied. The opportunities are greatly exaggerated. Those with phenomenal work portfolios who can attract high-paying contract work without using job board sites are well suited for the ‘gig’ economy, while many of those who believe these sites can provide meaningful, stable income are due for rude awakenings. 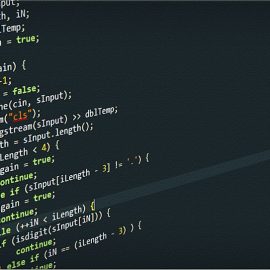 Re: Please don’t learn to code