As of late I’ve found myself stumbling through the “new” Snapchat. I don’t use the app as much as I once did, and now it seems that every time I tap the icon and perform a few rudimentary swipes I end up somewhere I don’t want to be. My friends who do frequently use the app have–in desperation–asked me if I could create a new Snapchat with features closely resembling the old version.

My answer has been yes. Aside from the facial recognition features, it seems like a feasible project. I know that some coding bootcamps build Snapchat clones as a teaching tool. But, as I find myself slipping out of the target demographic, I don’t feel I have any novel ideas to contribute to an app used mainly by people who I can’t really relate to.

I let this notion germinate for some time. For one, do I have any novel ideas? Secondly, are there any major platforms that I feel I could improve while toiling independently?

It didn’t take me long to settle on Goodreads. Not because having a novel idea about a book website is a great pun, but because, as a regular user of the site, I would really enjoy trying to improve it and forcing myself to reverse engineer its inner workings–especially from a system design perspective.

This post is a proclamation of sorts. A jumping-off point. A way to hold myself accountable. Over the next year I plan to create an experimental successor to Goodreads. Sure, some parts might not work. I might not have any users and I’m not sure where I’ll find a comprehensive database of books. My vision is to revamp the website and create a more lively, engaged community. With the end-goal being–simply–the proliferation of learning.

As it exists today, the website gets the job done. However, it hasn’t changed in any meaningful way since I started using it over four years ago. There haven’t been any apparent technology or UX changes, even following Amazon’s acquisition of the company in 2013. When compared with Facebook, the website seems like a relic of the past. Some people may argue that this is because books are relics of the past. To me, books are timeless and reliclike only because we haven’t yet found an optimal way to engage with them online.

I’m happy to share my preliminary thoughts here. If someone “steals” my ideas and makes another Goodreads, I’ll probably be one of the first users.

For this project to merit an intro post in the vicinity 1000 words, my deliverable has to diverge sufficiently from a Goodreads clone. My idea for the platform is based on a shift toward gamification. It’s possible to get people to read more–and be more engaged with the community–if there is an aspect of competition and the prospect of attaining celebrity. Can I emulate the enthrall of Instagram without transforming my favorite hobby into a gimmick?

Reviews will be featured as a centerpiece of the site, and users who write meaningful reviews will be able to more easily build reputation on the site (; also, GIFs won’t be allowed in reviews). At the core, there will be a finely-tuned review evaluation system.

The existing homepage is dull. I’ve thought about a more dynamic featured-books section akin to early-stage Youtube. I’ve also played around with the idea of a more advanced newsfeed in place of the current chronological one. Also, discoverability is a feature that’s lacking. Why have I never had friends suggested to me based on common books? Why can’t I use an instant messaging system to talk to people? These are questions I will try to answer in a series of development blog posts.

If you aren’t interested in programming, you probably won’t find my next few blog posts on this topic to be interesting, but my sincere hope is that the end product will be something we can all benefit from. Let me know if there’s anything else you’d like to see in a Goodreads revamp. 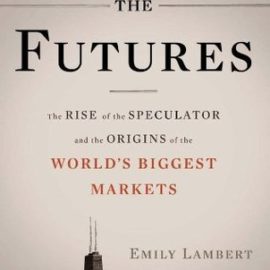