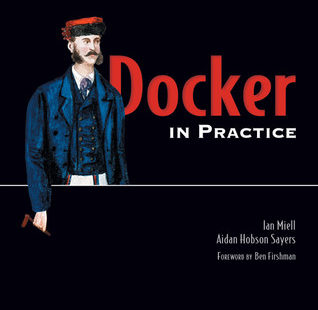 A Docker book published in May 2016 comprised of four sections and one hundred and one “techniques,” or real-world Docker use cases. It serves is a prime example of why, when topics are trendy and oversaturated, you simply cannot beat a good old-fashioned paperback. Sure, a few topics were outdated, but I learned more in this book than I did from hundreds of Google searches made in the interest of instant gratification.

This will be best enjoyed by intermediate Docker users who have used the technology in production or those who have a high level of proficiency with Linux and are serious about evaluating Docker. To me, it’s impossible to appreciate the wonders of Docker without using it in production and watching it solve your biggest problems (usually by spawning some smaller problems). Without this experience, some of the topics here will seem contrived. Docker in Practice revolves around use cases that most likely originated in the trenches and speak to the technology’s growing pervasiveness.

Though I’m far from a power user, I’m somewhat of an evangelist in the office, and I am happy to endorse many of the techniques recounted in this book as things I have implemented or explored and reached a similar consensus on. There’s no denying that the ego boost is nice and that it’s helpful to know that I have reinforcements out there–somewhere, but more than anything I enjoyed a depth of writing and even stream of reasoning that is a rarity among my usual excursions into GitHub comments, Stack Overflow answers, and blog posts.

Apparently, there is a new version planned to be released in June, but I don’t think you’ll regret pulling the trigger on this edition now.