GeeksForGeeks is a Computer Science portal based in India. It’s hard not to end up on the site while searching for answers to interview questions. It’s a sprawling repository for everything related to programming, but especially for topics commonly tested in the fabled “Coding Interview.” At face value, of course this website is useful. Thousands of people benefit from it every day. But there are many reasons that you don’t see shining testimonials and I think it’s important especially for novices to be aware of this as they land on the site for the first time.

GeeksForGeeks has grown significantly over the last few years. The Android App has over 100,000 downloads. The site itself cracked the top thousand Alexa rankings this year and is sitting at #558 at the time of writing. Not only has the site’s ranking rose dramatically relative to all other sites on the internet, it is one of the most visited websites in the world! Currently, the only monetization method seems to be sparsely-placed ads.

The website is committed to a unique growth strategy. In this space, that means producing as much content as possible. Since nearly all high-quality programming tutorials are available on a subscription-only basis, GeeksForGeeks exists in a weird vacuum. There are no competitors in spirit and only StackOverflow in terms of theoretical breadth of coverage.

When you grow quickly enough for long enough, some cracks will begin to show. At GeeksForGeeks, these are becoming quite obvious.

The overarching problem with the site is that there is seemingly little quality control. It’s like an open source project except it’s not clear who the maintainer is or what the coding standards are. This is notable in two distinct ways. First, since the site and all its contributors seem to be based in India, the quality of the English writing is sufficient but never extraordinary (unless copied verbatim from other paid sources). When you need that “Aha!” explanation by someone who truly understands the material, you will never, ever find it on GeeksForGeeks. At least, I never have.

Second, beyond the language problem, the formatting, layouts, and explanations tend to be lacking. Often to the point that it seems the writers are producing while held at gunpoint and nobody is reviewing anything. Most detrimentally, for some of the most common interview problems, I have found information to be wrong. I have encountered articles that reach solutions that are suboptimal. Judging by Alexa traffic, there are major segments of visitors who are finding the site by searching for keywords that have incorrect or incomplete solutions (.16% of all website traffic comes from people searching for ‘Binary Search Tree’).

The best programming interview tutorials on the internet cost money. Many Americans, and even more Indians, simply can’t afford them. It’s common to take to Google and see what you can find. Even while using these premium guides, it’s common to use Google. However, while I’m all for the democratization of interview prep, writers for GeeksForGeeks steal a lot of content from resources like Cracking the Coding Interview and other paid resources that I have used. To see the website now more aggressively running ads and requiring login to view answers is dishonest. Very possibly, they haven’t pursued a more lucrative monetization strategy because the site contains so much stolen content.

The site presents some very real problems that might not be obvious. For one, engineers who write blogs with high-quality content will find it nearly impossible to compete with GeeksForGeeks for search rankings. When I was doing my interview prep, I encountered so many amazing posts that were regularly outranked by GeeksForGeeks. Also, when the website sets a precedent that it is okay to steal coding tutorials, it also harms hard-working content creators who have written books and created carefully curated guides. Finally, you get a lot of naive or novice programmers learning how to do things the wrong way with insufficient explanations and potentially wrong answers. Unfortunately, there’s no way to downvote tutorials in search rankings. 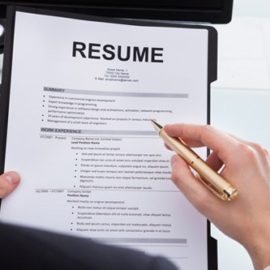