Back in the summer of 2018, I had quit my job and was waiting out an employer-mandated non-compete period. I did a lot of fun stuff, from picking up new hobbies to spending time with old friends to traveling Europe with my mom. I also put together a few single-day events that have attained legendary status in some circles, one being my “quitting party” and another being the Premium NYC Bar Crawl that I embarked on with my best friend.

We visited 8 hotel bars and had a wonderful time.

I’ve wanted to write this blog post for quite a long time. It’s always struck me as inappropriate to write about binge drinking but it’s been over a year since I last drank, so this is now more of a funny reminiscence than a reflection of my lifestyle. Also, considering that New York City is on the cusp of opening back up for summer 2021, it excites me to think that someone might read this post, visit a few of these bars, and have as much fun as I did all those years ago.

I had convinced my best friend to take a Monday off from work while I visited him in New York City. We have similar preferences and enjoy similar things. I wondered to myself what the most absurd all-day event we could do might be. I decided to design a bar crawl that was practical yet outrageous. Elegant yet crude. This wasn’t a contest to see how much we could drink or to make fools of ourselves. We were aware of our limits and spread things out over a very long day, just with the realization that these were some of the most “pretentious” bars in the world.

Neither of us had been to any of these bars before. Given that we were planning to start our journey in the early afternoon, we defaulted to hotel bars. We also tried to design the crawl such that there was minimal distance between each location. There was nothing secretive or exclusive. Nothing required a password or reservation or entry fee. We just walked in. In many cases, we were the only people drinking at the bar.

I drove the selection process but could only investigate each choice so much, especially since I was working from my cell phone. We generally ignored Yelp reviews and simply looked for elegant establishments marked with four dollar signs that would be open when we arrived.

Can the Path Be Optimized? Should Other Bars be Included?

Sure! I was planning on reconfiguring this bar crawl at some point, but I’m getting old and I no longer drink alcohol.

The day started with a large meal at one of those assembly-line fast-food restaurants of dubious ethnicity. Right after that, we scurried to a 12:15 PM reservation at my buddy’s hair salon. I won’t name the salon since you’re probably not going to line up your haircut with your bar crawl. In our case, it was a nice way to begin the crawl since there was an air of exclusivity. My buddy pays something like $100 to get his haircut. I sat on a comfortable chair and planned the rest of the day. I was given a Stella Artois to start but with some careful negotiation, I secured a pour of Macallan 12, a wonderful Scotch whiskey, with one of those designer ice cubs.

My buddy is a psychopath for being able to continue his day immediately after getting his hair cut, but I was placated. Best of all, I didn’t have to pay anything.

By 1:15 PM we had arrived at Bemelmans, which is located inside the Carlyle Hotel on the Upper East Side. The hotel seemed deserted and so was the bar. After some period of time, a bartender showed up. We were presented with some salty snacks (is there a more snobbish word for this? I don’t know). Our sweet drinks tasted like they were mostly whatever came from the cloudy pre-mix containers but I will say that the artwork in this place is fascinating. Nobody cared to join us so early on a Monday.

The King Cole Bar at the St. Regis is legendary both for its imposing mural and its claim of having invented the bloody mary. We arrived around 2:20 PM. I enjoyed the Mary Terranean which includes olive oil. My buddy ordered a Manhattan, which I found to be a bit silly. There were some other people there and this remains the bar I’d most like to return to. I almost visited the Italian iteration when in Rome later in the summer, but I couldn’t fit it in.

At 3:15 PM we arrived at Ty Bar at the Four Seasons Hotel. This is more of a traditional hotel lobby bar and it houses a really impressive liquor collection. I splurged here and ordered some drink that featured a spherical ice cube with a flower in it. I liked it so much that I then ordered another mixed drink. I think that we stayed here for two drinks because many other bars didn’t open until 5 PM.

First thought with this one was are they really that short on names? I don’t know what the origin story is here but there is indeed a bar in the Baccarat Hotel in NYC that you can access after proceeding through what I remember as an opulent maze. It was quite difficult to get to. We sat down right after 5:15 PM.

This is where things started to get interesting. I switched to straight whiskey and we were met by a friendly bartender who we informed of our excursion. He was heavy on the pours of some good stuff and we were nearing our limit here. We also met a guy here who claimed to be some type of event planner. I still follow him on Instagram to this day and he just posts pictures of rich people things without giving clues as to his source of income. Exactly the type of dude you’d expect to find at a bar like this.

Things started to get hectic. Salon De Ning is a rooftop bar at the Penninsula Hotel. We arrived just after 6 PM and had to wait in line. We managed to fight our way to the top and found a nice little loveseat. We then joined a Greek couple who shared some of their surprisingly Greek small plates with us. Got a great picture here as the sun started to set!

Blue Bar is a very, very blue bar in the Algonquin Hotel. At this point, past 7 PM, we were tired and hungry. We ordered a lot of food here and realized that our bar crawl was coming to a close. The blue is overwhelming.

I believe we encountered a rainstorm while getting to the Champagne Room at the Plaza Hotel. It was too long to walk and I believe we took a cab. At that point, we were full of food and drink so we mostly just reflected on the day.

All said and done, this was an excellent alcohol-forward experience for someone like me, a tourist with a high alcohol tolerance. I recommend trying it out if you can stomach the inflated prices at the hotel bars. It’s a great way to see a unique side of New York–you never know when knowing about these bars might come in handy.

Would love to hear from others on other bars I should have included in this excursion.

My 3 Most Worthwhile Purchases of 2020 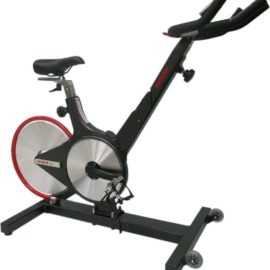 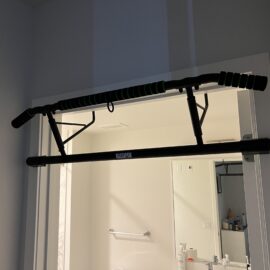