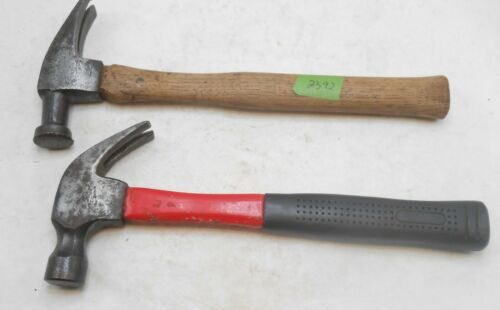 You may have been watching the Anthony Joshua vs. Andy Ruiz title bout on December 7th. That was the wrong fight.

On the same day, in an octagon in rural Virginia, one of the greatest fights in human history transpired. The Streetbeefs Hammer-Hammer bout.

Streetbeefs is a Youtube channel that was started a decade ago with a noble purpose. It was designed by a man named Scarface in order to encourage “street” people to settle arguments in a makeshift boxing ring in Scarface’s backyard rather than resorting to deadly violence.

With a recent surge in viewership due to what may be explained as more favorable treatment from Youtube’s recommendation algorithms, Streetbeefs is the convergence of Worldstar Hip-Hop and those Kimbo Slice videos that used to be hosted on Sublime Directory, whatever the hell that was. This is boxing (and MMA) built for 2019. And, man, is it something special.

In Streetbeefs, the opponent pairing process is somewhat opaque but there are a lot of great matches. The fighters aren’t paid and the crowd, especially in the colder months, never seems to number more than a few dozen outside of fighters and fighters’ families. In their first Streetbeefs fight, some contenders run away from punches before getting walloped. Others become overnight sensations. The program is now so popular that fighters are traveling across the country to compete. The first fights on a given day’s card appear to take place at high noon while the last ones occur in pitch darkness.

As fate would have it, two boxers who were matched up on what I’d imagine was a very chilly December afternoon both had “hammer” in their ring names. One was simply “Tha Hammer.” The other was “Celtic Hammer.” Viewed in isolation, neither of these are names of people I’d want to end up in a cage with. When the video begins and you see that each hammer is in fact a 250lb heavyweight power tool, I don’t think I’d want to be in the state of Virginia at the same time as either of them.

To start the match, Scarface declares “Hey ya’ll, it’s hammertime.” If he only knew the time that was about to be had.

Celtic Hammer is introduced first as he angerly paces around his corner. Next, the camera pans to “Tha” Hammer. To add to the confusion, someone in his corner sporting a red bandana shouts out “SLEDGEHAMMER! YEEUUUAHH!” Scarface quickly corrects the heckler: “Just The Hammer!” Disregarding this, the hypeman then states “JACKHAMMER BABY!” so as to leave nothing to the imagination.

For both men, it is their first match in Satan’s Backyard. Each has an 0-0 record. Scarface withdraws, the doors to the cage are locked and the ref, sporting aviators and a track suit, already has to order Celtic Hammer back into his corner. Celtic Hammer does not seem to understand the instruction.

The fight starts exactly one minute into the video. Tha Hammer unleashes a combo just ten seconds in that makes Celtic nearly trip over himself. There is a fleeting thought that Celtic Hammer is outmatched. Five seconds later, things change.

Celtic Hammer eats a shot to the top of the head and one to the face as he pummels Tha Hammer into the cage. The men then trade a volley of 20 headshots–some of the most savage in Streetbeefs history–before clinching. They break and then enter a twelve-second series of clinches and single punches, both showcasing decent agility for their heft. Though, after two serious exchanges, both already seem winded.

Just thirty-five seconds into the fight, Celtic Hammer looks shellshocked, drops his guard, and backs up from the position from which he pinned Tha Hammer to the cage. Tha Hammer, not exactly a spring chicken having just taken sixteen shots to the face, uses this opportunity to strafe and put some ground between him and his opponent. The audience is already yelling such things as “he’s hurt!” but it’s impossible to know who they’re talking about.

Over the next few seconds, the men seem genuinely afraid of each other. It almost seems that they both wish the fight never happened. Before long, Tha Hammer is pinned up against the same wall of the cage thanks to a questionable side-arm to his neck. He gets a few great defensive shots off and has a look of pure ferocity in his eyes. Celtic Hammer staggers back and drops his arms quite low again.

The men dance a little before Tha Hammer backs up to the cage wall again. Here, he again handles Celtic Hammer, leaving the man staggered, swaying, and unable to respond. It seems that the fight is in danger of getting stopped as they clinch and break. Following this, Celtic Hammer has his hands essentially in his pockets. A tired Tha Hammer gets in a few jabs as the ten-second countdown starts. There are a few more unanswered shots before the clock expires. Tha Hammer seems to have won the round. My only question at this point is how is Celtic Hammer possibly still standing and will he even show up for round 2?

Round 2 starts as someone exclaims “GIVE HIM THE HAMMER BABY!”

Celtic Hammer tries to use his bulkier frame to bully Tha Hammer back into the cage. Clearly the better defensive fighter, Tha Hammer responds with a brutal volley of punches. There are roughly 8 blows that onto the face of the Celt that I am fearful to even rewatch and analyze. Before you know it, Celtic Hammer has miraculously pinned Tha Hammer back into the cage, returns two shots and a push with so much force that the cage door busts open. As the men dart toward the center of the ring, the ref exclaims “Shut that damn door!”

At this point, we get the first good picture of Tha Hammer’s face. He has a huge scrape on his forehead from the other hammer’s blows. He fully extends his arm into Celtic Hammer’s face while seeming to mutter something. Celtic Hammer gets in one punch before the fight is paused due to the blood. Before cutting to the resumed round, the ref announces “Paper towels!”

The fight resumes and each fighter’s corner shows enthusiasm for instructing exactly which punches to throw. However, after a few seconds, there is another pause due to blood. It isn’t clear to me where this blood originates from as you can’t really see it on camera.

Tha Hammer comes back with decent mobility and technical boxing. Celtic just takes the shots and continues stalking his prey. After a few punches, Tha Hammer again is pinned against the cage, this time directly in front of someone’s kids. Celtic Hammer sets his shots well and forces his opponent’s back against the cage. He uses one stiff arm to steady his opponent, which I’m not sure is allowed in boxing, and proceeds to launch haymaker after haymaker. One causes Tha Hammer to buckle at the oblique but not hit the (dirt) mat. The crowd lets out a cheer. The Hammer seems completely helpless as Celtic Hammer gets in a few more shots. The ref stops the round as a woman in the crowd shouts “WaAAAAAAOW!”

The next round, or resumed previous round, begins as the ref puts his aviators back on. Somehow these two brutes are still being sportsmen and touching gloves at the start of the engagement. Scarface announces “last round!”

To start, the hammers are much more energetic, even springy. Granted, it couldn’t have been more than 35 degrees on this day. I’d be springy too. Celtic Hammer even has shorts on. As expected, after a few punches, Tha Hammer is back up against the fence but executes a few nice dodges. They are broken up as the ref cautions Celtic Hammer on his pushing, which is flagrant.

As soon as the men get back in the danger zone, Tha Hammer lands two nice… haymakers? I don’t think it would be accurate to call them hooks. He lets his guard down, even looks tired for a second, before launching a few more. Surprisingly, Celtic Hammer responds. They dance around for a few seconds before Tha Hammer is pushed directly against the door. Celtic Hammer has the advantage here, except he pins one of his gloves to his opponent’s face while nailing him with the other hand. Meanwhile, a backup ref is standing behind the cage door desperately trying to keep it closed.

The ref breaks up the pushing incident and, as he inserts himself into the fray, an enraged Celtic Hammer gets in a cheap shot. The ref scolds him for pushing. Tha Hammer is pissed. Celtic Hammer, exasperated, says “It’s hugging!” before collapsing into a crouch. The ref responds that “It ain’t hugging, it don’t matter.” The ref tries to direct him to his corner but then calls “time” for excessive blood. Celtic Hammer shows no signs of breaking his crouch pose.

As the clock is resumed, Celtic Hammer is still crouching. The ref shakes his head and says “let’s work, it’s the last round.” You have to respect these guys for pushing themselves. Tha Hammer reaches out to touch gloves and, now clearly the dirtier fighter, Celtic Hammer lunges toward him rather than touching his gloves! Celtic Hammer crouches again, seems to be in such a frenzy that he realizes he forgot to touch gloves, then stands back up and touches gloves. The dude looks like he is going to fall over face first, and a single punch hasn’t been thrown yet.

Neither man throws a punch. Celtic Hammer hunches over to rest, though briefly. When he gets up, he has no guard up. Surely, the fight should just have been stopped at this point. Tha Hammer moves in with some unanswered shots. Celtic Hammer gets battered, mouthpiece hanging out of his mouth. He somehow is able to execute the push move and gets his opponent just where he wants him, against the wall.

What follows is a symphony of haymakers between two men who have fought to the point of exhaustion. At some points, both men’s punches, thrown the exact same way to due extreme lactic acid buildup, land at the same moment. After a few satisfying seconds, both men seem on the verge of death. As Celtic Hammer spears Tha Hammer, he looks at the ref, perhaps for a stoppage. The ref breaks the clinch and the men separate.

Tha Hammer waves his hand at his opponent, signaling that he is done. Indeed, Celtic Hammer is crouching. The ref seems concerned and calls the fight with fifteen seconds left.

At the conclusion of the fight, Scarface, showing a look of genuine surprise, stands between each fighter and each fighter’s family. Scarface announces that they wanted to stop the fight at multiple points but didn’t. As a result, the fight is announced as a draw. Frankly: “They beat the hell out of each other.” Tha Hammer looks ten years older as he is caressed by his wife. Celtic Hammer looks like a bear that just got stung by a colony of wasps.

Scarface announces that there is an appeal process to reverse the decision. I don’t think the decision needs to be reversed, it was simply one of the most insane fights that money couldn’t buy.