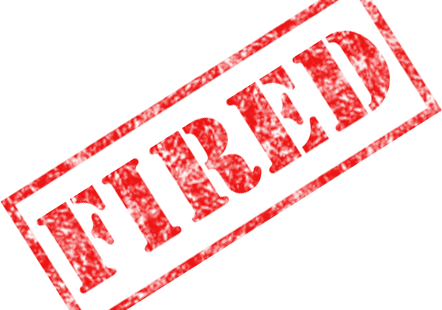 Here in my corner of the internet, I take pride in being original. As Dostoevsky said, “taking a new step, uttering a new word, is what they fear most.” Though spikes in traffic to my website do bring me some joy, the greatest joy of all is being able to write down my thoughts without fear of being sent to Siberia.

One measure of success is when the Wall Street Journal, my beloved Wall Street Journal, writes about a topic that I’ve already covered. For example, my Session Expiry During Checkout predated Tricks Online Retailers Use to Get You to Spend More by one year. Being ahead of the curve is really cool! I fantasize about my articles inspiring writers who go on to earn paychecks, but, in truth, my articles are never particularly visible or supremely original.

One of the first “successful” investigations on this blog started back in 2016. I realized that all of the available information pertaining to automated resumé screeners was garbage. As a software engineer, I knew what was possible. I also knew that unless a writer was interviewing engineers, nearly every “expert” being interviewed was some dummy peddling a “how to beat the robot” career planning guide. Some of these articles were paid placements.

Out of a desire to prove fluff-writers wrong, I spent an afternoon writing my own resumé screening software and was able to easily debunk most of the prominent myths that were coming from highest-ranked webpages at the time. More than three years after my first post, the Journal took a stab at it. The article is called Make Your Job Application Robot-Proof.

The article starts off in the same vein as many others. People get pissed off because they submit resumés and never hear back. They assume it’s because of robots functioning too well. The opener doesn’t take into account robots functioning poorly or robots not being a part of the puzzle at all, though it’s punchier than anything I ever write.

It proceeds “These machine-learning systems save time and money for employers swamped by online applicants, and they could potentially reduce bias in hiring.”

Hold on. A few years ago writers were claiming that these programs got “jammed up” by PDF documents, now it’s assumed that they use machine learning? This must be one of those things companies claim in order to impress the technologically illiterate.

Do you mean to tell me that there is software out there classifying and giving increased weight to things like resumé keywords based on who gets the job? What company in the world is making so many hiring decisions that they can let a machine dictate heuristics that humans (or the forms designed by humans that are still in widespread use) can easily just apply themselves? The feedback loop doesn’t really make sense. Anyone in HR who views enough resumés should pretty quickly be able to develop a sixth sense for this.

Let’s take a step back. How many companies are still using alternative sources of info in addition to resumés where applicants, external recruiters, or poor sons-of-bitches in HR have to manually state things that the resumé already contains? My guess without the benefit of a large news organization’s budget: nearly every company with more than 10,000 employees. This isn’t really as embarrassing as the forms I remember filling out for Deloitte back in 2013 because they clearly were not parsing resumés. When you apply to a job via LinkedIn, all of this information gets exported. What I mean is that their applicant system knows for sure what your GPA is because there’s a field in your LinkedIn labeled GPA. When you just have a resumé and you need to figure out where and what the GPA is, that’s the type of coding problem that falls under the umbrella of resumé screening systems.

“These systems scan résumés and applications for keywords showing hard skills, such as financial analysis or cybersecurity, and sometimes for softer skills, like team leadership. They may ask knockout questions for must-have attributes, such as whether you can work at a particular location. Some use text tools or chatbots to administer skills tests. Most disqualify applicants who don’t meet basic requirements, then list others in ranked order, based on how well they fit the employer’s specs.”

Okay. Taking machine learning out of the equation here, this is believable but poorly worded. Keyword matching isn’t hard, though it’s quite hard to get exactly right. But how can a resume screener ask you a question and determine whether you can work at a particular question? The author seems to be putting the chicken before the egg here and this specific example seems like a legal nightmare. There is no way anybody is doing this not to mention we’re comingling two different parts of the screening process here.

“About 60% of employers admit such tools cause them to miss some qualified candidates, however, according to a 2016 survey of 1,200 job seekers and managers by CareerArc, a human-resources technology company, and Future Workplace, a research firm. Critics say the systems give too much weight to small differences between candidates.”

Looking at CareerArc’s featured clients, nearly all of whom have well over 10,000 employees, we’ve done it. We’ve finally found a mythical automated resumé screener used by the big dogs!

After reading everything on the website, CareerArc doesn’t claim to have super-advanced resumé screening software. This is odd, because they do claim “By leveraging the cloud, running on world-class infrastructure, and combining web, mobile and social media applications, we help companies gain a competitive edge in recruitment, employment branding, and benefits.”

This means absolutely nothing. So not only are the screening products themselves a black box but whether HR automation companies are actually offering screening products is also a black box. My first thought is that this may be for legal reasons so as to protect them from random discrimination lawsuits. My second thought is that this industry–whoever is actually doing the screening–wants to remain unknown because they realize how poor their technology is and how easily a few college buddies from Berkeley could come and eat their lunch.

“Most vendors refuse to tell employers how their algorithms work.” Just a guess: the algorithms are really primitive and the vendors are raking in cash.

As the article concludes, there are some short tips:

Network to build contacts inside the company who will put in a good word for you.

Use a text-based app like Word for your online application, rather than a PDF or other format.

I disagree. I disproved this years ago. It’s simple to parse text from a PDF file and I think that anyone implementing a machine learning app could figure out which package they need to install.

Include in your résumé keywords and phrases from the employer’s job posting.

This would be very hard to disprove as effective.

Quantify past results, citing dollars earned or other stats.

I have no idea how somebody could have designed a resumé screening system that is so smart that it can reach meaningful conclusions based on quantification. There is no way this holds up.

Camouflage brief gaps in work history by listing years only, rather than years and months.

This is idiotic. First of all, it’s non-trivial for a system to even detect a minor work gap. Secondly, once you make it to the interview, I’m always asking for a month to be specified, as this is a really stupid way people camouflage that it took them more than 8 semesters to graduate.

List job titles in a way that shows increasing responsibility and status.

This seems to be adapted from a guy named Robert Meier who is quoted in the article. Based on what I’ve read by him, he seems to have some credentials but there’s a ton of fluff and absolutely no technical knowledge that I can track down. How could a machine possible deduce–and give sufficient credit for–you listing your job titles in a way that shows increasing responsibility and status? This is ludicrous advice adapted from a dubious source.

All in all, we still don’t understand resumé screening. Unfortunately, I’ve decided to move forward with other candidates. But will let you know if my needs change in the future. 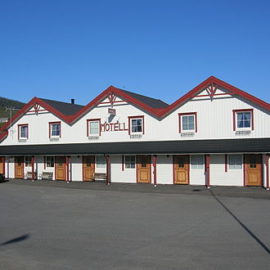