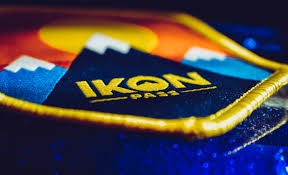 The Ikon Pass is the mega-pass competitor to Vail Resorts’ Epic Pass. I’m in the midst of the best season of my life, so, from the outset, it’s clear what conclusion I’m going to reach. However, since we’re only about two months away from passes going on sale for ’20-’21, I figured it would be helpful to explore the economics of my ski season.

In early December, I took my first trip to Copper Mountain and skied two full days. The equivalent 2-of-3-days pass would have cost $208.

Next, I spent MLK weekend at Solitude and Brighton. The plan was to ski Saturday-Sunday-Monday and then part of the day on Tuesday. Unfortunately, my flight was canceled and I missed the whole day on Saturday. I spent Sunday at Solitude, Monday at both mountains, and the rest of the time back at Solitude.

The SOLBRIGHT ticket for the joint day of skiing would have been $144. Brighton doesn’t mess around with dynamic pricing, so there was nothing to calculate here. Solitude has dynamic pricing but no other options regarding how many hours you ski or where else you go. I estimate that the two days of Solitude-only skiing cost $100 each, on average. Total out-of-pocket skiing cost: $344.

There was an additional Ikon perk to get 25% off lodging if spending four nights. This took about $300 off the hotel bill. To be fair, this was split between three people, so I’ll subtract $100 for my personal use. I also received two 10% discounts on lunch with my Ikon pass totaling about $5.

My next trip was to Banff, Alberta to SkiBig3. The resorts included on the pass are Lake Louise, Sunshine Village, and Norquay. I skied three full days. A three-day SkiBig3 lift ticket typically costs $384.75 CAD or roughly $290 USD at current exchange rates. Additionally, I used one of my buddy passes for a one-day ticket at Sunshine Village. The savings were about $20 USD, and I’ll assume my buddy compensated me for half of that (he didn’t).

Three trips–two quite abbreviated–and we’re in the green. My next trip this year is to Aspen Snowmass in March, where I’ll ski for three days. The 3-of-10 pass for this part of the season is $462 if you buy in advance. There is no other value I’d expect to extract.

Eight days, albeit at less-expensive mountains, was the inflection point for the pass to be worth it. Once we tack on a trip at an expensive, flagship resort, the savings balloons. Many of the early-season resorts’ tickets had an equivalent cost of just $100 per day, which is becoming a rarity. A ticket at Aspen costs more than $150 a day! Spending 6-7 days there would pay for your pass.

Skiing is an expensive sport. Living in Chicago, I always have to get on a plane to get to a resort worth shredding. It’s worth mentioning that, aside from airfare/ground transport and lodging, I find there are no hidden costs of skiing. It’s just like a regular vacation except I get a weird tan. The Ikon pass helps me worry less about logistics and cost and focus more on boosting my stats in SkiTracks. 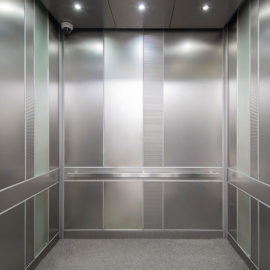