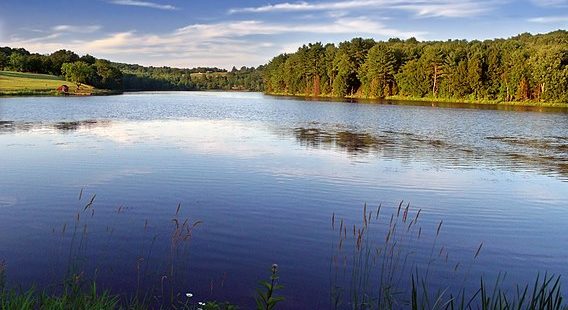 I went for a drive this morning and ended up at Mount Pisgah State Park. Of all the state parks in Pennsylvania, this is one of the most remote. It was an hour-and-forty-five-minute drive from Scranton on Route 6. Unless you’re coming from a farm somewhere in Bradford County, there’s a good chance that it’ll be far for you, too.

Was it worth the drive? Yes. I’m dying to return. Compared to other places I’ve logged miles, Mt. Pisgah has one of the best-maintained trail networks I have ever encountered. The facilities were great, the scenery was awesome, and I’m saying this without even having made it to the summit of the mountain the park is named after. Further, since the park is in such a remote region, you can easily access real dirt roads for interval training, if that’s something you fantasize about.

My first run at Mount Pisgah State Park was 6.73 miles. You can follow along here.

Running, walking, whatever–you want to park in the small lot abutting Stephen Foster Lake, which you’ll see as soon as you enter the park. In addition to the gorgeous view, there are multiple trailheads and a bathroom there.

What I learned during my visit is that there are two very distinct runs you can embark on from this park, and even if you are in incredible shape, the harder route is going to be a 2+ hour effort.

The most logical run will involve some permutation of trails along the lake. My route was about 4.5 miles, but if you stay tight on the Oh! Susanna! trail with no out-and-backs, this is probably just over three miles.

The hard mode run here involves running up Mount Pisgah via the Ridge Trail. You’ll climb about 350 meters–1150 feet–from start to summit over 3 miles. I didn’t know exactly what I was doing or even that the trail led to the mountain summit. All I know is that after climbing 500 feet over three-quarters of a mile, I turned around and headed home. I was in a heart rate red zone that I didn’t feel safe sustaining for an unknown distance.

Those are your choices. I would strongly recommend trying to run the Ridge Trail first and seeing how far you can get.  Either way, you can access the trails from the parking lot on the lake.

Proceeding counterclockwise, you’ll start on a boardwalk before stepping onto a grassy uphill that runs alongside the road for a few meters before curving into the trees. Immediately into the woods, it’s clear that this will be a special run. It’s wide and mostly clear of rocks and other hazards. You don’t really even have to look at the ground, because there’s nothing to trip over.

Just a half-mile in, you’ve gained a menial amount of elevation and are presented with the opportunity to branch off to the Hutchinson Trail. This trail is only a third of a mile long but provides access to Steam Hollow Road, from which you can access the full extent of the Marsh Hawk Trail, the Steam Hollow Trail, or even the Goshawk trail. I knew it was a dead-end in the sense that it would break the continuity of my counterclockwise trek, so I skipped it.

Shortly after that junction, you can take a right onto the Steam Hollow Trail. I took it.

The only problem with the Steam Hollow Trail is that it’s way too short–only about .7 miles. It’s a fairly steep climb with some minor elevation changes. At its terminus, you end up at Steam Hollow Road. I used that opportunity to turn around, but you can use the road to access a few other short trails and run them end-to-end.

I ran the last segment as an out-and-back, mainly because the slight decline and incline were really fun. Then, I entered the Maple Ridge Trail.

This is a true “back mountain” trail in that the climate starts to change. It was over ninety degrees when I was here but there was a bit of dampness here. Along with that, there were some puddles and muddy spots despite there not having been precipitation recently. This runs into the Goshawk Trail.

Just like a “Goshawk” sounding like a mixture of a goat and a hawk, this trail is a mixed bag. You start to ditch the denser backwoods for some open fields and musty wetlands. The bugs here were terrible.

This trail continues a downward slope from the tail end of Maple Ridge, so if you want to absolutely cook one mile of your run, this is where you should do it. If you’re following along with my Strava entry, I’m talking about mile marker 1.8 to 2.8. There’s still a lot of sun protection and, despite feeling remote, you’re still in a trafficked part of the park. I even encountered a hiker!

The end of the Goshawk Trail connects back to Susanna at the east corner of the lake by Mill Creek. This is an open wetland area, so it is humid, sunny, and buggy. As a consolation, you have the immaculate dirt path of the Susanna Trail to enjoy as you gain elevation once again.

Scaling a small hill, there’s a clear cutaway in the vegetation where the trail continues. I missed it since there was no signage, and I awkwardly ran by the lakeside pavilion and parking area. As soon as I exited that area, I picked up the trail again. I can’t write enough about how well it was maintained!

If you stay tight along the lake, you only have about another .8 miles to go until you’re back where you started. The elevation on this segment is constant so this is another good time to inject some speed. There is one detour you can take up to the Hilltop park area. I did this, since the sign didn’t make a distinction, and quickly realized that the trail ends there. Back down the hill.

The ending portion of the Susanna Trail is a bit swampy and sunny, but at many points it feels like something you’d actually run on in a true cross country race.

You can pick this up across the street from where you parked, right next to the bridge over Mill Creek. This trail is beautiful, though a bit humid at the beginning when you’re close to the water. You only have about .7 miles before you start gaining elevation and have to decide whether to take the Avery Crossover or to turn around and take the return part of the loop. Mill Stream is a fantastic trail for a casual hike, but it’s child’s play for a runner.

This is a short quarter-mile connecting trail that will make you reconsider the route. You gain over 100ft of elevation and at times I was questioning how my legs were still turning over. Turnover is a relative term here, as I was slowed to 146spm.

The Ridge Trail has a trailhead on Wetona Road in case you want to get right into it. I entered from the Avery Crossover. The trail takes you all the way to Mount Pisgah over a roughly three-mile trek. The elevation gains are insane to the point that I don’t recommend that novice runners try this.

I usually feel pretty confident running alone in the woods. When scaling a mountain in the woods, though, you’re putting an extremely high amount of strain on your body. Trying to maintain a pace that was faster than a walk, my heart rate was in a red zone. I’m not at high risk for a heart attack, but I can’t deny that this is where things can go wrong. From heat and hydration-related issues to simply having an encounter with an animal while your tank is on E, sometimes it’s just not worth it. Not having any idea of how close I was to Mt. Pisgah, I turned around once I punished my body sufficiently.

On the way back, I went on the other branch of the Ridge Trail which, as the trees opened up and the lake came into view, was absolutely gorgeous.

This park has some of the best-maintained trails I have ever encountered. Unfortunately, they are all very short. If you’re looking to attempt a run that takes roughly as long as the drive from Scranton, you’ll need to run every “main” trail in its entirety and then take the Ridge Trail for quite some distance.

The Ridge Trail is a balls-to-the-wall, bucket list, kind of trail. I wish I had done more research before attempting it, because it’s something everyone should prepare for and attempt once. 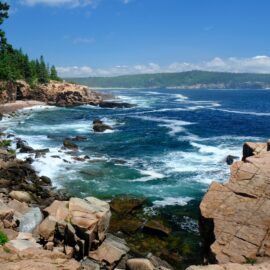 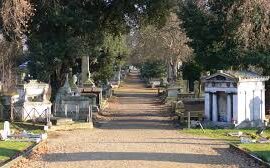 Is it Acceptable to Run in a Graveyard? 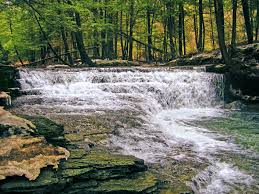