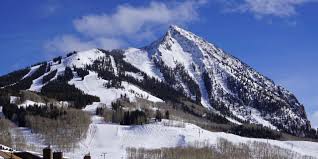 I am writing this blog post from the End of the Road–Mt. Crested Butte, Colorado. It’s known for having some of the most extreme in-bounds terrain in the United States. Over the last few days, I skied the majority of the trails on the mountain including some legendary double black runs. But what’s dominating my thoughts isn’t how wild some of my maneuvers were or how many times I was in the proximity of death, it’s that ski resort Covid-19 policies are bordering on nonsensical.

People come to Crested Butte to get away from things. The hustle of big city life, light pollution, carjackers, nutty ex-girlfriends, oh, and lift lines. Emphasis on lift lines. You go to a resort that is a 4-hour drive from Denver because you don’t want to spend 75% of your day waiting to board the lift. If you don’t ski, understand that the chairlift is the only way to access the downhill terrain. As important as it is, it’s a well-known chokepoint.

Ski resorts have figured out how to manage crowds. Faster detached lifts, expanding doubles to quads and quads to six-packs. Traffic engineering! A passenger chute on each side of the lift. Multiple lifties ushering people so as to maximize uphill capacity. It’s been solved, for decades, even. Most ski resorts, even the crowded ones, are doing everything in their power to make sure you spend less time waiting in line.

In Covid times, however, common sense and accumulated mastery of this problem space have been thrown out the window of the funicular.

You might think that it is sane for ski resorts to take an active role in managing lift packing. I used to think this, too, until I realized a flaw that is now limiting my enjoyment on my expensive ski trips. When you artificially restrict how many people can ride the lift together, and, ultimately, how the lift is packed, what do you think happens to those people not zipping up the hill?

They stand in line, packed just as tightly as they would be if they were on the chairlift, except in close proximity to 10x as many people for what might be 2x as much time as an uphill ride would take.

I’ve skied 17 days so far this year, my best season ever. Every resort is limiting lift usage. In slow periods where it takes less than three minutes to board the lift, nobody really cares. On days like today where the average lift line at Crested Butte was about 15 minutes, it’s absurd.

Nearly every lift ride that I took with an experienced skier today produced the same conclusion: we need to bring back the singles line and more aggressively pack skiers onto open-air chairlifts.

I’m all for mandating that people wear masks. Skiers are respectful! Some noses pop out but, again, skiers are a great bunch. What I can’t get behind is the elimination of the singles line at seemingly all resorts for all lifts.

By removing the singles line, you guarantee that the packing of the chairs is going to be awful. Not just sub-optimal, but awful. Singles are forced to mix into the crowds and have to bargain and burden their way to finding a group who will accept them. My experience so far this season? A lot of people act surprised that a single skier wearing a thick balaclava over his face is wanting to reach the top of the mountain more quickly. Plenty of singles are too meek to even ask, and I can’t blame them.

It’s almost hypocritical. Most major resorts, in order to speed up lift lines, are placing 2 parties that don’t know each other into glass-enclosed gondolas. These rides can last in upwards of 20 minutes. We’re supposed to be distancing at six feet, yet some god of virology decided that we can pack two unfamiliar parties into the same gondola.

How is it that gondola policy and open-air chairlift policies appear to be… the same? And why is nobody talking about how marginal the benefit of chairlift distancing is when it directly results in more people spending more time standing amongst a mass of people? At this point, it seems that resorts are placating the concerns of a vocal few visitors while sacrificing many lift efficiencies, while not actually making a dent in virus spreading (which, by the way, happens at bars, not on chairlifts).

This probably isn’t going to be the wake-up call that I wish it would be. Talking about distancing policies these days is a minefield. Hopefully, this perspective reaches someone and resonates with them. If you have experience with other resorts or even if you can weigh in on some of the more scientific points, I’d appreciate hearing from you! Feel free to comment below.

Ski Resorts Are Being Weird About Covid 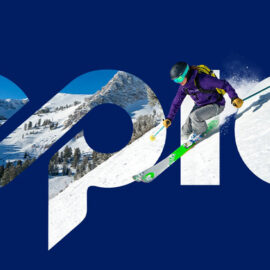