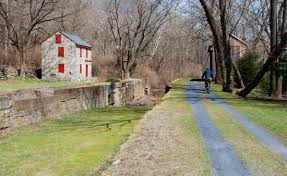 I went to college in Bethlehem and decided to run a marathon during my senior year. I credit my three hour twenty minute marathon finishing time entirely to the D&L Trail. I ran almost all of my mileage on this trail along the Lehigh River and I never got tired of it. The trail is nearly perfect by my standards and it is one of the best outdoor features in the Lehigh Valley. It all starts at Sand Island Park.

The easiest way to access the Delaware & Lehigh (D&L) Trail from Bethlehem is to cross the New Street Bridge, take a left, then take another left at the Wooden Match (one of my favorite cigar bars), and take a left again. This will bring you to a park complex in the shadow of the New Street Bridge. From here, you have two choices, you can run toward Easton (The Delaware River/New Jersey) or Allentown (Canal Park terminus). You can also stay at the park and play basketball or tennis, but neither of those activities interest me.

In my running log from five years ago, all I have written is “desolate, flat, train yard is creepy.” This is a fitting summary of this 9.25mi out-and-back course.

Because there are obstructions on the D&L path as the Lehigh River forks north through Allentown, the Canal Park can be thought of as a terminus. Though the Lehigh River is beautiful, there isn’t much to see on this part of the path, especially compared to how things develop toward Easton. There isn’t much traffic–I don’t think I’ve ever seen someone else on it–and you have to pass by a massive railyard which you can hear from a quarter-mile away. The screeching of railcars is ever-present.

The path is fairly wide, drains well, and there is little chance of interacting with troublesome wildlife. There isn’t much shade and for almost the whole length, you’re running between the river and a swampy spillway. This stretch is so desolate that I have thought it to be a good route to use following a bank robbery. If it wasn’t for the railcars, which you encounter around mile 3, I’d have run here a lot more. Canal Park in Allentown is a small park with no notable features.

This is the fun part of the trail. It covers most of what you could want as far as scenery goes, aside from whatever comes with elevation gains.  Taking this trail to Easton is just under 12 miles. I only ran the full length–23.X miles–once as my final marathon tune-up. No water or anything. Fittingly, my training log description of this full route was “no joke.”

Running 23 miles isn’t an ordinary activity and that’s fine because the last mile or so is paved and not really fun to run on after having been on trails. What about the rest of it?

The first mile takes you over a bridge onto the Lehigh Canal Path. This is a wide path without much shade that can be impassable on humid days. Having standing water to one side and the Lehigh River to your other side can turn into a humidity nightmare. I always will tough out a run but I’ve had to pull the plug twice on this path.

Mile two starts just under the Minsi trail bridge. This part of the trail is still well-trafficked because some people will use it as a passageway between different parts of Bethlehem. The second mile gets more heavily wooded with some Lehigh Canal historical fixtures.

The third mile takes you through goose territory, around a bend, and under a bridge, to Freemansburg. I believe they call this little town the Canal City. You can see some houses with backyard frontage on the canal, which is really unique. I’ve also seen some very large turtles on this part of the trail.

The fourth mile goes around another bend where you pass the Freemansburg trailhead and you run through some preserved structures from a very long time ago. I always enjoy this part of the run as the woods once again enclose the trail.

The fifth mile starts right where the canal ends, though you might not be able to tell. This mile is pure bliss–exactly how trails are meant to be. This starts to feel fairly remote, though there’s a trailhead on Wilson Ave. Mile six is pretty similar, but most of it is not officially a part of the D&L Trail. Just getting to this point was always worth it, which served as motivation for me to increase my mileage.

Early in mile 7, the terrain changes as you approach a road and a rinky-dink looking encampment, which is the Bethlehem Boating Club. As you make an S-turn, the trail changes dramatically. It becomes much more narrow and takes you under the Route 33 overpass. At the tail end of this mile, you come to a boat launch, which Google Maps deems the “Route 33 Access Point.” It doesn’t seem to be a park of any sort, though it’s a neat trailhead in that it also links to the Palmer-Bethlehem-Twp Bikeway, which is expansive.

The rest of the run is mostly on paved surfaces, though it is quite pretty. This was a popular turnaround point for me during longer runs. Mile 8 starts on this new path. At some points, there is a soft surface abutting the trail that you can run on, but not reliably. Around Mile 9, you’ll hear water rushing. This is the Lehigh River Waterfall. It’s worth stopping for a picture.

Mile 9 meets Mile 10 at the Riverview Park, just after the waterfall. The trail then crosses a road, the first roadway you have to navigate, and continues for less than a half-mile before cutting into Hill Road. You take a right onto that, cross a cute bridge, then take a left into a parking lot that extends the D&L Trail. You’re on a trail again and can enjoy it into Mile 11.

At Mile 12, you’re in South(?) Easton. The trail is paved and desolate, featuring what I remember as ruins of buildings along the river. Almost a mile later, you’re at the confluence of the Delaware and Lehigh Rivers. If you swam across, you’d be in New Jersey. It’s an accomplishment to make it that far, even if you only run one way. The trail extends south from there, but I’ve never gone that far.

The D&L Trail through the Lehigh Valley is a classic path in Eastern Pennsylvania. It is lightly trafficked yet has no real wildlife encounter risk. Most of the trail is dirt or gravel with no notable elevation changes. The trail is wide and vegetation is well-maintained. The downside of the trail is that many of the parts through Easton are paved and that humidity can be very high due to the ever-present canal.

Running the D&L Trail from Sand Island in Bethlehem 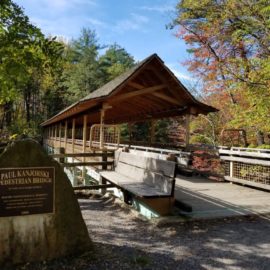 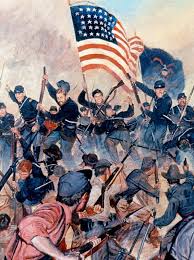