Edit: A lot of time has passed since I first wrote this review. Adidas dramatically improved the shoe in future iterations (see Ultraboost 21), fixing the majority of my specific complaints. While it still isn’t a perfect running shoe, it’s now my daily driver. The reboot is easily the most comfortable pair of shoes I’ve ever owned.

About a year ago, I decided that I would start seriously running again. Whenever an inactive person decides to get back in shape,  their first instinct is usually to buy a new pair of shoes. Whenever an inactive person who is prone to overcompensating decides to get back in shape, they end up buying something like the Adidas Ultraboost 19s. I bought this pair of shoes for $180, which is a lot of money.

I wasn’t immediately drawn to this shoe for the simple reason that Adidas was not making respectable running shoes back when I was a respectable runner. My last sixteen pairs of running shoes have been iterations of the Nike Free Run and I wrote a rather detailed post about the shoes a year and a half ago. At the end of the post, I resolved that I was too overweight to continue stomping around in the Nike Frees and it was time for a real pair of trainers.

Eventually, my research turned me on to the fact that Adidas figured something out and was producing a best-in-class trainer. The breakthrough was that the foam used was 20% more something than the EVA foam other manufacturers used. It was a scientifically valid improvement.

But wait, I thought. Why do these look like Hypebeast streetwear? Where is the support? What the hell is the upper made out of? Why are there no in-depth reviews by people other than sycophants and paid promoters?

Instead of visiting the Adidas store in Chicago, I purchased my shoes online because it was raining that day and I didn’t feel like leaving my apartment. After running about fifty miles in these shoes, I am retiring them because I hate them.

The Ultraboosts are a clunky, poorly-designed, overhyped training shoe. They are not meant for serious runners and are not a good choice for overweight casual runners such as myself.

The upper is some type of sock liner that I’m sure Adidas has a technical name for. In practice, it’s designed so poorly that I am laughing while writing this. The upper is inspired by the Nike Frees (which has perfected the minimalist upper) and is adapted to Adidas’ plush Instagram-ready styling. The result is a fabric that is actually less rigid and supportive than the Nike Frees, yet breaths less. But it looks cool!

No matter how tight you tie your laces, since there are fewer sets of eyelets than on a real running shoe (four total compared to five on the frees or six on traditional shoes), your foot will shift all over the toe box whenever you apply force. After not all that much wear, I was surprised to pull out the insole and see how torn up it was from normal activity. I found the insole to be slightly softer than that of any running shoe I’ve ever had. Coupled with the wool sock upper, there’s a bit of a greenhouse effect wherein your feet get hot quickly and excess moisture has nowhere to go.

Did I say nowhere to go? The fun thing about the Ultraboosts is that the midfoot support is actually a plastic overlay on top of the sock thing. As a result, all of your bacterial moisture will collect under the plastic overlay. It will stay there. When you tie your shoes tightly for sporting activity, the plastic enclosure will feel terribly uncomfortable on the top of your foot.

My friends marvel at how little odor my feet produce. This is the only pair of shoes I’ve ever owned where I actually had to throw them in the washer because they smelled so bad. I maintain that my feet still produce a negligible amount of odor!

Adidas claims “Stitched-in reinforcement is precisely placed to give you support in the places you need it most.” As I said above, this isn’t true. There is a hard piece of plastic support surrounding the heel, but aside from that there is no motion control. Never in my life have I felt at risk of breaking my ankles while turning a corner at 7:00 min/mile pace except while wearing these shoes.

Since there is arguably less support than in a minimalist shoe, it was hard to achieve that feeling of lock-in while hitting the gym with these. It’s worth mentioning that I lift very trivial amounts of weight.

No doubt about it, these shoes turn heads. Adidas has managed to release a steady stream of footwear that sets trends and, in cases like this one, looks downright futuristic. On the foot, they appear much slimmer and lighter than they are, especially in the monochromatic colorways.

With all of this said, it’s a decent shoe. If you’re comfortable with spending inordinate amounts of money on a shoe closet, these make sense as something to slip on for recovery. You can tell a difference when it comes to this cushioning. It’s plush yet responsive. However, the ride is still clunky, flopping, and awkward since there’s no motion control.

There is so much extra material on the shoe that it’s unnecessarily overweight and doesn’t land right. I didn’t notice this at first because heel striking in these shoes feels like nothing. You can slam a mile on a treadmill on these and the only reason you’ll want to stop is that your lungs hurt.

In conclusion, these shoes are not a good value. However, if you need a shoe that is supremely comfortable to walk around in and is pleasing to look at, give Adidas your money. 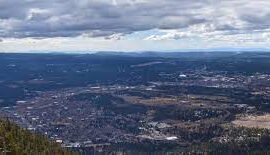 Where to Run in Flagstaff, Arizona 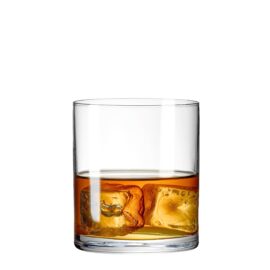