I grew up about a mile away from Nay Aug Park. I learned how to ride a bike there. I spent my early teenage years cruising on my K2, exploring every nook and cranny of the park. The first pictures I ever took on my original cell phone were at the park. I even ran my fastest 5K of all time there as a junior in high school. I now possess a collection of almost 40 unique Nay Aug Park postcards from the early 20th century which showcase the same beauty I took for granted growing up.

Most places in this world are not nearly as beautiful as Nay Aug Park. It’s a treasure of Northeastern Pennsylvania. And for most people, you can just go to a park and meander around and have fun. But, if you’re a runner, you are probably looking for something more specific–a place to run.

The truth is that it’s hard to make trails at Nay Aug the focal point of any run. Very little has been planned with runners in mind. Even a new runner could cover 100% of the unpaved surfaces here on a fairly casual jog of fewer than 3 miles.

If you want to go for a run at Nay Aug, I’d highly recommend not starting in the park itself but instead parking your car and starting at the mouth of the Davis Trail next to the East Scranton Little League field, on Richter Ave. This is a dirt trail that is maintained fairly well and follows Roaring Brook.

This is the longest trail in the park. The Davis Trail spans two miles at times tracing the outer rim of the park. There are three main entrances to the trail but the fun parts are very easy to miss. If you want to run on trails on a route that includes the entire Davis Trail, you’ll have to double back at some point. Not that this is the worst thing in the world, but I rarely do it.

The first entrance to the Davis Trail is next to the greenhouse. The greenhouse is far from any parking lot, so I don’t find the trail to be particularly well-trafficked. This part of the path was constructed (potentially–reconstructed) around 2004. The type of ground stone that was used on this path is perfect to run on. It’s my favorite surface. Unfortunately, this dirt mix doesn’t hold up well in the rain, and even twelve years ago it was common to find huge ruts on it.

The elevation changes are gentle on this portion and, provided there is nobody else on it, it’s a great place to rip an interval. It’s right about 520m long.

The opposite entrance to the Davis Trail is at the East Scranton Little League, where there is a parking lot. This part of the trail is natural, shaded, and tends to be soft. About a quarter-mile in, you reach what is one of the most uncomfortable crossroads in the park. In heavy rains, the forked trail can become completely washed out, leaving rocks and roots exposed. Just not fun to run on.

During my childhood, you were able to continue straight up on the path, which leads to Hanlon’s Grove. Now, you have to jump over a very large downed tree to do so. Instead, I recommend taking a left at the crossroads and continuing alongside the brook.

This is a really rough part of the run, with permanent ruts, iceberg-carved rocks, and tangled roots. After about 200m on this portion, you get to more stable ground and there’s a less obvious fork in the path. If you go to the left, you can find an impressive overlook that nobody knows about. Despite not gaining much elevation, the brook has cut deeper into the earth, producing a stunning vista.

Travel just 100m more on the main branch of the path and you’ve reached the confluence of the Rodman trail and the Davis Trail.

Taking a sharp right uphill, you’ll soon see the new playground on the Davis Trail. To follow the trail, take a left at the playground. This is a bleak part of the trail, but soon enters an old forest where you’ll pass under the treehouse. After another 200m or so, you’ll find yourself on a paved road. If you continue on the paved road, you’ll eventually pass under a sign marking what I consider the third entrance to the Davis Trail. If you take only a few steps onto the pavement then look to your left, you’ll find a downhill path and a well-constructed overlook. The overlook used to be set back more, and you actually used to be able to follow the path without needing to take wooden stairs. However, the erosion must have been too much, and they expanded the overlook deck.

Going down the stairs, you’ll join the path that leads to the greenhouse.

At the terminus of East Gibson Street lies the parking lot to the Sarabi trail. This was completed around the same time as the Davis Trail improvements, around 2004. It uses a slightly more coarse crushed stone–still one of my favorite surfaces. If you go straight onto the trail from East Gibson, you’ll go through Hanlon’s Grove, where you’ll immediately have the chance to take a left, jump over a bush and a tree, and link up with the lower part of the Davis Trail. Also, you can run a slightly-curved path through Hanlon’s Grove which will take you to the new playground where the Davis Trail meets the Rodman trail.

The center of the Sarabi Trail is a loop of about 250m. The turns are too tight to run at a full speed and it is popular with neighborhood dog walkers.

The other branch of the trail is an uphill path that spans for about 150m and connects to the main road inside the park. Overall, this trail is so short that I’m not sure what the point of naming it was.

The Rodman trail takes you through the most striking section of the park. There is only one way to get to it–by taking the downward-sloping path connected to the Davis Trail. After the steep entryway, you proceed across the wooden Paul Kanjorski bridge. Take the first right onto a stubby trail padded with pine needles and bounded by mountain laurel. After roughly 200m, you’ll arrive at the observation deck with a perfect view of Roaring Brook. This is one of my favorite places in the world.

If you check the map, you’ll notice there is an upper portion to the Rodman Trail. Part of this leads to a clearing positioned directly on top of the railroad tunnel. Generally speaking, this isn’t a great place to run. For some bizarre reason, it’s paved in parts. If you keep running past the bounds of the trail, you’ll reach a chain-link fence.

If you were to run the length of the Rodman Trail, you would run less than a mile.

This isn’t an easy trail to run on. It just takes you from the middle part of the Davis Trail to the northern side of the falls. It’s really cool and is probably the easiest way to access the falls, but there are stone steps. It’s just not a good place to run

The train tracks, spanning from the Mill apartments to the University of Scranton tennis courts offer a secluded and somewhat-level run. However, you have to cross a precarious bridge and pass through the long train tunnel. I’ve walked this route a few times, but I don’t think I’ve ever run it in its entirety. Coming from the Mill, before you reach the tunnel, there is a path you can take to the right that brings you to the Rodman Trail and Kanjorski bridge.

There is another short dirt trail right above the old zoo. There’s something resembling a parking lot at the start of it, and it eventually meets other paved paths.

There are a few branches of an unnamed dirt trail that can be reached if you run straight across the Rodman Trail from the Davis Trail. They bring you beneath the Tree House after about 300m and can be used to access the cliff known as Suicide.

Other Places to Run

Just because the park doesn’t have great running trails doesn’t mean it isn’t a fun place to run or bike. There are several paved loops in the park of various elevation and minimal traffic. Historically, it’s been a popular place for 5k races. 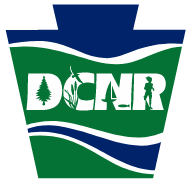 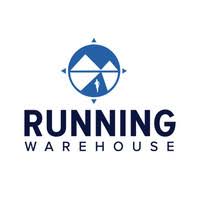 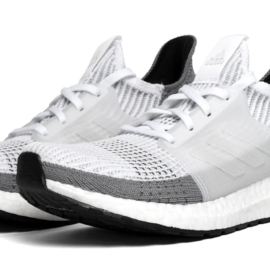